Pushing back on a New York Times report that he learned about the order while on a Coast Guard plane when an aide saw Trump signing it on television, the retired Marine general said he “knew it was coming.”

“I knew he was going to sign an order about a year and a half or two years ago before he became the president-elect,” he said, adding later that he “certainly didn’t learn about it on an airplane.”

Trump signed an executive order suspending the refugee resettlement program and temporarily barring visa entry from Iraq, Syria and five other countries on Friday. But it was unclear exactly how the order would be interpreted, with the White House backtracking on whether it applied to green-card holders and lawyers working with detainees saying there was confusion.

At a press conference Tuesday, Kelly sought to clear the air, saying that the order was not a surprise and that the process went smoothly.

“It wasn’t a surprise it was coming,” Kelly said before seeming to reference the protests at many airports. “The only chaos they saw was what was taking place in other parts of the airport.”

Acting Commissioner of U.S. Customs and Border Protection Kevin McAleenan said that within the first 72 hours of the order, 500,000 foreign travelers came to the U.S. via airplanes. Of those half a million people, he said 721 were denied entry and 1,060 lawful permanent residents were processed for waivers, while another 75 visa holders were granted admission.

The numbers differ from the those presented by the White House, which had said only 109 people faced “inconvenience” as a result of the order, but Homeland Security officials said that number was from the initial hours of implementation.

Defending the order from criticism, Kelly argued it was a necessary step to protect Americans. 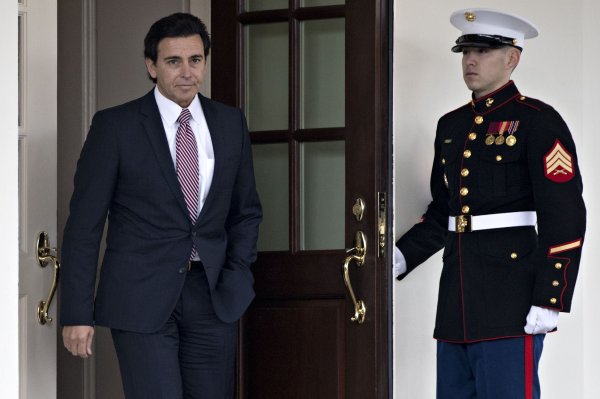 Ford CEO Criticizes President Trump's Immigration Ban: 'We Do Not Support This Policy'
Next Up: Editor's Pick