The Bachelor Watch: Whipped Cream and Lies in New Orleans

Nick Viall’s journey to redemption, love, and learning to talk without opening his teeth continues this week on The Bachelor. After leaving the California mansion, Nick broke with tradition and took all 12 of his girlfriends to his hometown for some fun in the Wisconsin winter, including a hot date to his kid sister’s soccer game. Then at the cocktail party, the drama started, if by drama you mean mind-numbing conversation that mentioned the phrase “emotional intelligence” more than one would think possible. Needless to say it ended on a cliff-hanger

The Almost Drama: When we left The Bachelor two of his suitors were sitting by the campfire and arguing, which, frankly is better preparation for marriage than bungee jumping off a helicopter in Tahiti. Taylor used all of her recently acquired psychoanalytic skills yet still crumpled under Corinne’s tidal wave of pretty rich girl privilege and faux protectiveness of Nick. Corinne tells Nick that Taylor is “entitled” which should be used in ESL classrooms as the definition of the pot calling the kettle black. Nick shows his emotional intelligence by congratulating Corinne on her maturity in telling him her concerns. Kristina also proves her emotional intelligence by suggesting he send them both home. Amen, sister.

The Rose Ceremony: Nick thanks all the women for their efforts, but doesn’t thank for standing in a freezing cold barn in Wisconsin in winter in evening gowns. Whitney (who?) gets the first rose, followed by Danielle the neo-natal nurse; Jasmine the dancer; Rachel (a.k.a. America’s next Bachelorette, right?); Jami, the chef with the nose ring; Josephine the cat lady (she may not actually have cats, but seems like it); Vanessa the Quebec frontrunner; some other brunettes; and the dolphin enthusiast. Then Corinne gets a rose. The final rose goes to Taylor and Corinne takes it very personally, going on a champagne-fueled rant to the camera.

The Bachelor Milestone: Nick can’t imagine a more perfect place to fall in love than New Orleans, which just so happens to be where they are going.

The First Date: Rachel finally gets a one-on-one date and she and Nick spend the day wandering the streets of New Orleans. They make out a lot, but Rachel can’t compete with Nick’s deep feelings for his newly-discovered love, beignets. Seriously girls, get you a man that looks at you like Nick looks at beignets.

They drink, listen to some music, and have an intense talk about life, death, and Rachel’s dad, the federal judge. (Nick is clearly now picturing her father as the judge on Fresh Prince of Bel-Air.) Nick declares that he is super into her and hands her a rose and they make out.

The Group Date: A million comely brunettes (and Josephine) pile into a party van and the producers drive them to a haunted house filled with dolls and poor lighting and please let this be the start of a horror movie where it all starts as a laugh and then someone dies. Adding to the possibility that someone will kick the can, they find out the house is haunted by the ghost of a little girl and then start playing with a ouija board. Then the lights go out. On the bright-side no one uses it as a metaphor for marriage. The women start to disappear one-by-one, but it’s just to make out with Nick in dark corners. He eventually gives the Group Date Rose to Danielle — just like the ouija board predicted.

The Two-on-One: It’s Taylor vs. Corinne on a two-on-one date to a voodoo ritual with Corinne muttering something about “Making America Corinne Again” and, well: no. When Taylor gets her tarot cards read, the woman tells her she’s around someone who is toxic and she should not engage. The producers brilliantly cut from that to Corinne telling Nick that Taylor “emotionally attacked” her and that she felt bullied. Then they make out in the woods while the producers cut between a crocodile, Taylor’s tarot reading, and Corinne talking trash about Taylor.

When Corinne goes to get her tarot read, she asks the woman, “How do you make a voodoo doll specific to a person, asking for a friend.” The woman rolls her eyes, but makes her one and Corinne starts stabbing it, while announcing that Taylor will see, she’ll see. Taylor tries to defend herself, but it’s hopeless. She sighs that his relationship with Corinne is based on nothing, but “whipped cream and lies” and he must have thought that sounded pretty good, because he totally chose Corinne. Corinne clutches her voodoo doll, her rose, and Nick as they boat off into the sunset leaving Taylor alone in the bayou, like when Ben left Olivia on an island in a hurricane. Hopefully she will pull a Chad Johnson and walk back to the house to chug milk and tell the women what happened in the woods. But first, a voodoo ceremony and a long walk back to civilization. 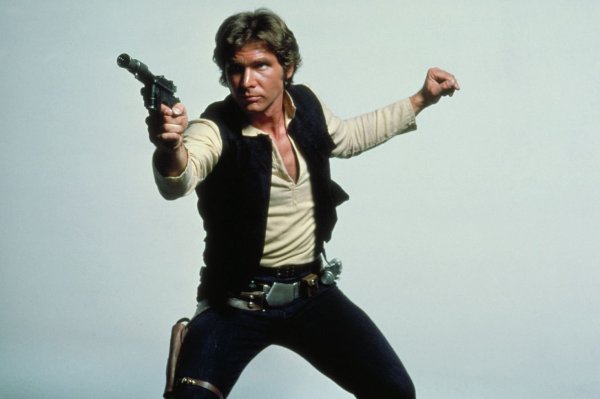