The Holocaust Museum issued a statement on Monday explaining why International Holocaust Remembrance Day is particularly important to Jewish people after the White House deliberately omitted any mention of the 6 million Jews who were killed in the Holocaust or the virulent anti-Semitism of Nazi Germany in its recognition of the day.

The White House said it purposely did not mention Jews because others were also victims of the Holocaust, drawing immediate criticism for minimizing the genocide. White House spokesman Sean Spicer on Monday defended President Trump’s statement, calling critics “pathetic.”

While the Holocaust museum did not directly reference the White House’s defense, it took care to explain that Nazi Germany and its collaborators systematically targeted Jews.

“Nazi ideology cast the world as a racial struggle, and the singular focus on the total destruction of every Jewish person was at its racist core,” the statement said. “Millions of other innocent civilians were persecuted and murdered by the Nazis, but the elimination of Jews was central to Nazi policy. As Elie Wiesel said, ‘Not all victims were Jews, but all Jews were victims.'”

The Holocaust Museum’s statement came amid anger surrounding Trump’s executive order banning immigration from seven Muslim majority countries. The museum warned that it was “critical” to understand the history of the Holocaust to adequately honor the victims.

“The Holocaust teaches us profound truths about human societies and our capacity for evil,” the statement said. 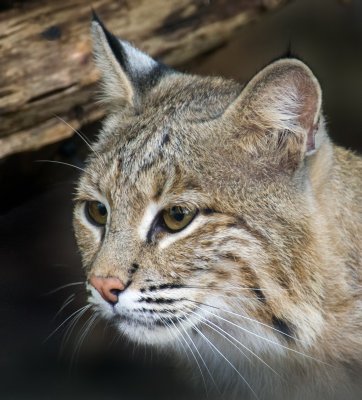 A Bobcat Has Escaped Its Enclosure at the Smithsonian’s National Zoo
Next Up: Editor's Pick