Deputy Attorney General Sally Q. Yates speaks during a press conference at the Department of Justice in Washington on June 28, 2016.
Pete Marovich—Getty Images
By Mahita Gajanan

“I am responsible for ensuring that the positions we take in court remain consistent with this institution’s solemn obligation to always seek justice and stand for what is right,” Yates wrote in a letter to lawyers in the Justice Department on Monday, according to ABC News. “At present, I am not convinced that the defense of the executive order is consistent with these responsibilities nor am I convinced that the executive order is lawful.”

Yates, an appointee of former President Barack Obama, is serving in the role until Jeff Sessions, Trump’s nominee for Attorney General is confirmed.

“For as long as I am the Acting Attorney General, the Department of Justice will not present arguments in defense of the Executive Order, unless and until I become convinced that it is appropriate to do so,” she wrote.

Trump on Twitter quickly lashed out against Democrats, accusing them of delaying the confirmation of his cabinet nominees.

Yates’ dissent is the latest in a slew of government officials who have come out against Trump’s executive order. Democrats on Monday evening rallied against the order outside the U.S. Supreme Court. 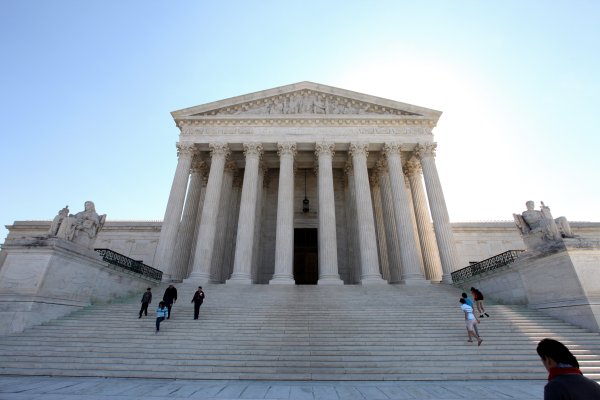