The suspect in the shooting at a Quebec City mosque was known as an Internet troll who frequently voiced his support for President Donald Trump online.

Alexandre Bissonnette, 27, who is the suspect in the Islamic Cultural Center of Quebec shooting that left six people dead and 19 others injured, was known among the city’s activist circles for making Facebook comments in support of extreme-right-wing and nationalistic views, the Globe and Mail reported on Monday.

Inspired by French nationalist leader Marine Le Pen, Bissonnette began clashing with others online by attacking refugees and writing of his support for Le Pen and Trump, according to the Globe and Mail.

Bissonnette on Monday was charged with six counts of first-degree murder and five counts of attempted murder in the Sunday shooting, which Canadian Prime Minister Justin Trudeau called an act of terror against Muslims.

François Deschamps, the leader of a local organization that works with refugees and immigrants, said Bissonnette often trolled the group’s Facebook page and also targeted feminist groups, according to La Presse.

“He was someone who made frequent extreme comments in social media denigrating refugees and feminism,” he told the Globe and Mail. “It wasn’t outright hate, rather part of this new nationalist conservative identity movement that is more intolerant than hateful.” 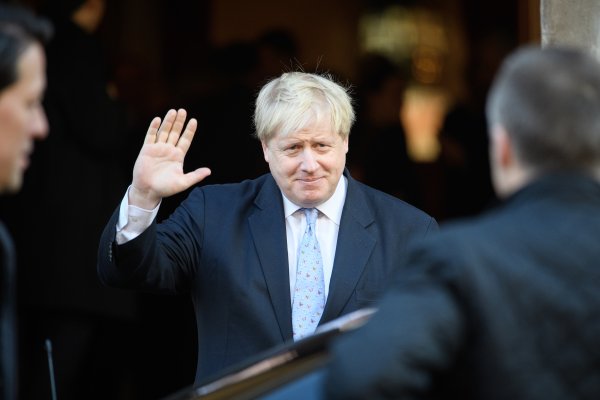 Boris Booed as He Backs Brit Invitation to Trump
Next Up: Editor's Pick