On the campaign trail, Trump promised that he’d nominate an anti-abortion Supreme Court justice. Vice President Mike Pence doubled down on that promise, saying that the next Supreme Court nominee would be against abortion at the recent March for Life demonstration.

Three finalists have emerged for the seat vacated by the late Justice Antonin Scalia. Here’s where each stands on issues of reproductive rights.

The Harvard Law School graduate has never ruled on the issue of abortion during his time on the 10th Circuit Court of Appeals in Denver. But some individuals on both sides of the issue have interpreted passages in the judge’s book, The Future of Assisted Suicide and Euthanasia, to indicate an anti-abortion stance, according to the Washington Post. The book, according to the Post, says “all human beings are intrinsically valuable and the intentional taking of human life by private persons is always wrong.”

Gorsuch also sided with religious organizations in Hobby Lobby v. Sebelius in which the plaintiffs sought an exemption from the contraceptive mandate in the Affordable Care Act because of their beliefs. “The ACA’s mandate requires them to violate their religious faith by forcing them to lend an impermissible degree of assistance to conduct their religion teaches to be gravely wrong,” Gorsuch wrote. (The Supreme Court upheld the appeals court when they heard the case.)

And another part of his opinion in the Hobby Lobby case is likely to have abortion rights advocates concerned, according to the Post. He wrote that the mandate would require businesses with religious beliefs to “underwrite payments for drugs or devices that can have the effect of destroying a fertilized human egg” — language that resembles the rhetoric of the anti-abortion movement.

Like Gorsuch, Hardiman — a graduate of Georgetown Law School and a judge on the 3rd Circuit of Appeals — has never ruled on a case or spoken out about his personal beliefs on abortion rights. “Our role as judges is to interpret the law,” Hardiman has said, according to CBS News.

He did, however, vote in favor of vacating the conviction of an anti-abortion protester in United States v. Marcavage. In the case, the court agreed that the protester had the right to stand on a Philadelphia sidewalk after he was arrested for violating his permit.

Pryor, the former attorney general of Alabama and a judge on the 11th Circuit of Appeals, is outspoken on the issue of abortion.

He once called Roe v. Wade the “worst abomination in the history of constitutional law.” He has also been quoted as saying: “I will never forget Jan. 22, 1973, the day seven members of our highest court ripped the Constitution and ripped out the life of millions of unborn children.” Pryor opposes abortion even in cases of rape and incest.

He has also written that corporations should not be required to provide contraceptive coverage to their employees should it violate their religious beliefs. And, during his tenure as attorney general of Alabama, he filed an amicus brief against the Violence Against Women’s Act because a provision that would have allowed rape victims to sue their rapists in federal court was, Pryor wrote, a violation of “states’ rights.” 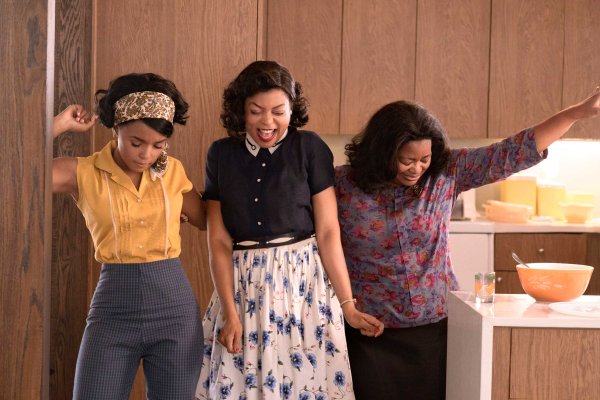 The Real-Life Star of Hidden Figures Speaks Out: 'I Was Just Doing My Job'
Next Up: Editor's Pick