A bobcat has escaped from its enclosure inside the Smithsonian’s National Zoo, officials said Monday.

A zookeeper last saw the female animal, named Ollie, at 7:30 a.m., according to a zoo statement. She was missing during a morning feeding shortly before 11 a.m. and officials have not yet located her within the Washington, D.C. facility.

Ollie, who was born in the wild, is about 7-years-old and weighs about 25 pounds.

Bobcats are typically twice the size of a domestic cat, but they are not known to be dangerous to humans, wildlife experts say. Ollie will likely stay hidden from humans, the zoo said. Still, the National Zoo closed their bobcat exhibit and warned visitors not to approach the animal if she’s spotted. 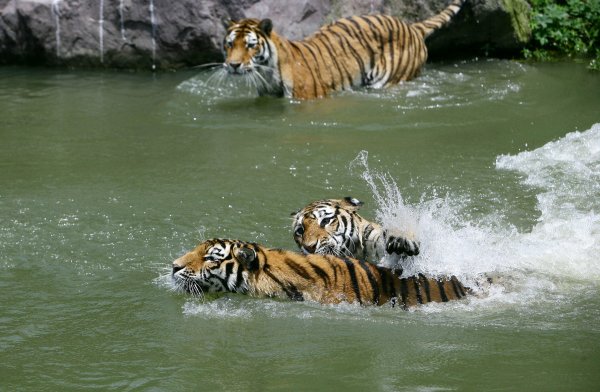 Tiger Mauls Man to Death at a Chinese Zoo
Next Up: Editor's Pick