President Trump announced Tuesday that he has nominated to the Supreme Court Neil Gorsuch, a federal judge in Colorado with a similar writing style and outlook on the Constitution as the late Justice Antonin Scalia.

“I took the task of this nomination very seriously,” Trump said in the East Room of the White House on Tuesday night. “I have selected an individual whose qualities define, really and I mean closely define, what we’re looking for. Judge Gorsuch has outstanding legal skills, a brilliant mind, tremendous discipline and has earned bipartisan support.”

The announcement came in a prime-time news conference Tuesday in just Trump’s second week in office. Trump first mentioned Gorsuch’s name in September as part of his second list of potential Supreme Court nominees he released as a presidential candidate.

“Standing here in a house of history and acutely aware of my own imperfections, I pledge that if I’m confirmed I will do all my powers permit to be a faithful servant of the Constitution and laws of this great country,” Gorsuch said.

Currently a judge on the 10th Circuit Court of Appeals in Denver, Gorsuch is one of the only Ivy League–educated judges Trump floated as a potential pick, meaning the court will continue to be made up exclusively of Ivy League graduates. He went to Columbia University and received his law degree from Harvard, also earning a doctorate of legal philosophy from Oxford University.

“His academic credentials … are as good as I have ever seen,” Trump said.

In both writing style and constitutional philosophy, Gorsuch, 49, is a natural replacement for Scalia, who he called a “lion of the law” when he spoke Tuesday night.

“At the core of Judge Gorsuch’s jurisprudence is something that was at the core of Justice Scalia’s. And that is the idea that the preservation of liberty and the enforcement of constitutional structure are inextricably intertwined,” explained Leonard Leo, executive vice president of the Federalist Society who advised Trump on the choice.

Gorsuch gave a lecture in 2016 published in the Case Western Reserve Law Review that defended Scalia’s textualist approach to the Constitution using colorful language of which the late Justice himself would likely approve:

Carrie Severino, chief counsel and policy director of the Judicial Crisis Network, put it simply when she praised Gorsuch’s legal writing: “He is fun to read.”

While some may hear echoes of Scalia in Gorsuch’s decisions if he takes the bench, he also brings a more personal connection to the court. More than 20 years ago, he clerked for Justice Anthony Kennedy, who still sits on the court today. (He also clerked for Justice Byron White, who retired from the court in 1993 and was replaced by Ruth Bader Ginsburg.)

Michael Guzman, a partner at Kellogg Huber Hansen Todd Evans & Figel PLLC, who worked with Gorsuch at the firm and has known him since law school, said Gorsuch’s presence would be an asset to the highest court in the land.

“I could see it being really helpful in that he cares a lot about collegiality, he’s a very pleasant personality and a gracious person,” Guzman said. “It’s always useful when people are trying to make hard decisions, and may even disagree, to have someone like Neil in the room.”

In two recent hot-button cases that made their way to the Supreme Court, Gorsuch upheld religious liberty in legal battles over the Affordable Care Act. In both Hobby Lobby Stores v. Sebelius and Little Sisters of the Poor Home for the Aged v. Burwell, Gorsuch sided with the claimants seeking religious exemptions for paying for contraception as required under the Affordable Care Act. In Hobby Lobby, Gorsuch wrote that the government should not force people with “sincerely held religious beliefs” into “conduct their religion teaches them to be gravely wrong.” His positions in both of these cases were largely upheld when they reached the Supreme Court.

Gorsuch is against euthanasia and assisted suicide, writing in a 2006 book on the topic, “All human beings are intrinsically valuable and the intentional taking of human life by private persons is always wrong.” This is similar to language used by critics of abortion, but he’s never ruled on that subject. He also has strong opinions on administrative deference that put him to the right of Scalia. He’s skeptical of the Chevron doctrine, which says courts should defer to federal agencies in interpreting laws about their own power. “Chevron seems no less than a judge-made doctrine for the abdication of the judicial duty,” Gorsuch wrote in a 2016 case.

While President Obama’s Supreme Court nominee Merrick Garland spent months languishing as Republicans in Congress refused to hold a hearing for him, Gorsuch will likely now be thrown headlong into a fight on the Hill. Some Democrats have indicated they would be willing to filibuster the nomination. Still, Gorsuch was confirmed easily by a voice vote in 2006 when President George W. Bush nominated him for the 10th Circuit, and he’s “well within the mainstream of the law,” Leo says. “We’re hoping that there will be disagreement as opposed to Senators being disagreeable,” he says of congressional Democrats putting up a fight. “I don’t think they want to overplay their hand, particularly since it’s Scalia’s seat.”

The President himself implored the Senate during his announcement: “I only hope that both Democrats and Republicans can come together, for once, for the good of the country.” 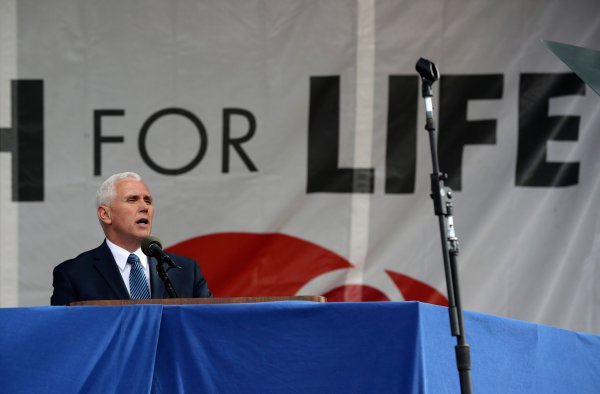