It’s a video flush with Nintendophile Easter eggs, a 30 second argument for the company’s imminent Nintendo Switch hybrid home/mobile game system — due March 3 for $299 — told in 2 or 3 second slices of tag-along familiarity. And it marks Nintendo’s maiden foray into the coveted, hyper-scrutinized world of one of the most visible Western media events of the year.

Yes, it’s also effectively a promotional spot for The Legend of Zelda: Breath of the Wild, the company’s sandbox take on its beloved action-adventure series about a young boy who does battle with nefarious forces. That alone speaks volumes about the company’s demographic launch mindset. To say nothing of the casually tatted millennial player in the ad, a recurring, non-accidental theme in Nintendo’s Switch marketing to this point. Or that the whole thing is scored with a new tune called “Believer” from alt-rockers Imagine Dragons in a kind of just-as-edgy sequel to White Denim’s “Ha Ha Ha Ha Yeah” last October.

Read more: Nintendo Switch: Everything you need to know

But the pitch to that crucial Nintendo core is also for a device that can go anywhere they want to be. As touchable and totable as a smartphone or tablet, sure, but also deeply unlike those devices, with core gamer thumb-sticks and buttons, a dock that lets players plug into their giganto-TVs, and above all else, a next-gen linchpin for Nintendo’s Disney-caliber IP.

“There’s no bigger stage in the U.S. on which to showcase the platform. I think it speaks to our confidence in the system,” says Nintendo marketing honcho Nick Chavez when asked why the company picked the Super Bowl, where the New York Times reports the average cost of a 30-second spot this year rose to $5 million.

Why pay that kind of mad money for 30 fleeting seconds of publicity? Follow the numbers. Last year’s Super Bowl 50 was the third largest in Super Bowl history, coming in at just under 112 million viewers, according to Nielsen. That’s an accomplishment that still probably understates net totals given it doesn’t take into account people watching out of home (at bars, say, or gathered at parties), or who stream the game over the Internet.

Read more: The 25 most influential Super Bowl ads of all time

Nintendo chose its new Zelda title to carry the Switch out of the gate as an intentionally unambiguous love letter to fans of the series, who’ve also spent the last half-decade with go-anywhere fantasy epics like The Elder Scrolls: Skyrim, Red Dead Redemption and The Witcher 3: Wild Hunt. And in 2017, those fans are no longer just kids, as part of gaming’s vanguard who first touched the series three decades ago.

“Think about your 40- to 45-year-old parent who has really fond memories of playing Zelda growing up, sitting there watching Super Bowl with their 10- or 12-year-old child who maybe hasn’t experienced Zelda yet,” says Chavez. There you go.

What’s more, Chavez says the “a day in the life” framing of the 30 second spot (notice the player never leaves his abode) came from feedback after Nintendo aired its first look videos in October: “We heard from U.S. gamers that they were tremendously excited about the proposition [of Switch], and that they couldn’t wait to experience the power of a home console portably within their own homes. Not only inside the home and outside, but just moving from room to room.” Chavez says Nintendo shared that feedback with the company’s counterparts in Japan, culminating in the Super Bowl ad (look for it to air during the game’s fourth quarter), where the player carries the experience seamlessly from bed to breakfast to couch.

But there’s also a 90 second version of the ad, an “extended cut” that’s also viewable today (see below), and it’s touting a more nuanced, manifold message. If the 30 second Zelda spot is Nintendo-Switch-as-binary — the home/mobile hybrid concept for the core gamer — the 90 second one is a tale of alternate play and player scenarios. Like the Switch’s next-gen Wii motion controls and haptic buzzing feedback, aimed at the sort of category-defiant player who, after the Wii’s catalytic mid-2000s boom, would go on to embrace mobile devices and experiences like Angry Birds or Temple Run on up to last year’s Pokemon Go. Call this 90 second cut a glimpse of the broader arc in the company’s bid for that grander, harder to reach, but potentially tectonic-if-won-over audience.

Expect the marketing barrage to continue even after the Super Bowl. “This isn’t just a six to eight week launch campaign,” says Chavez, referring to the Switch’s hands-on reveal in early January through to its launch on March 3. “This is really a 15 month campaign for us, to say nothing of our plans for 2018. You’re going to see a number of other touch points, including additional 30 or 60 second executions in the coming weeks that emphasize the full proposition, meaning those multiple demographics, including kids, teenagers, young adults, parents, active gamers, casual gamers and so forth.” 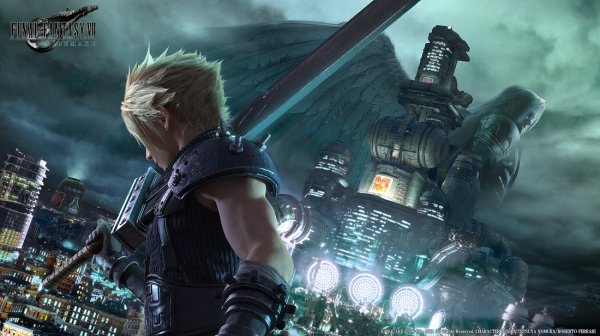 Here's When the 'Final Fantasy XII' Remaster Is Coming Out
Next Up: Editor's Pick