In the wake of President Trump’s executive order suspending the U.S. refugee program and banning travel for people from certain countries, people have joined in all kinds of protest to recognize the humanity of refugees and immigrants worldwide. For their part, the music platform Spotify compiled a 20-track playlist of songs from major artists who, according to the description, were all once refugees.

“In a world that welcomes refugees, we get world-changing music from artists like these,” reads the description.

From Somali rapper K’NAAN to rapper and producer M.I.A., who was born in London but spent much of her early childhood in hiding from the Sri Lankan army, many of the artists on the playlist are known for speaking out about their own status as refugees and the fraught politics of their homelands. In 2015, M.I.A.’s powerful “Borders” music video focused on the refugee and migrant crisis. The video was inspired by a TIME photo of refugees crammed into a boat, and the rapper said she recognized the need to humanize representations of migrants in pop culture.

“We’re at some sort of turning point. Society was gearing up to become more closed off than it has been,” she told TIME then, in a statement that now feels prescient.

The list includes some artists whose status as refugees may be less widely known. Singer-songwriter Regina Spektor, for instance, is a refugee from the former Soviet Union; her family immigrated to the U.S. in 1989. Rita Ora, now the host of America’s Next Top Model, was born in Kosovo and fled to the U.K. nearly 25 years ago. And British “Grace Kelly” singer MIKA is originally from Beirut, Lebanon. More recently, he has worked with the U.N. Refugee Agency on efforts to help Syrian refugees.

The playlist, which also features artists like the Orchestra of Syrian Musicians and Wyclef Jean and the Fugees (who took their group’s name from the term “refugee”), is a reminder of the contributions these distinctive artists have been able to make to music—often thanks to immigration policies that have given them space to start anew. 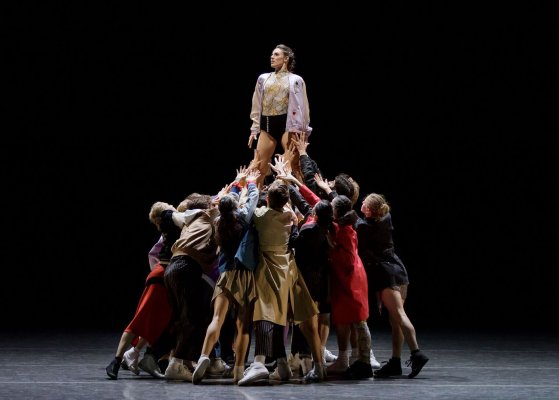 Opening Ceremony's Political Ballet Show Was 'A Meditation on the American Melting Pot'
Next Up: Editor's Pick