Six Dead, More Wounded in Shooting at a Quebec Mosque

Six people were killed and more than a dozen wounded Sunday night when a gunman opened fire during evening prayers at an Islamic center in Quebec City, Canada, police said.

The Associated Press reports that six male victims, ranging in age from 35 to 65, were killed by the gunman, in what Canada’s Prime Minister Justin Trudeau condemned as a “terrorist attack on Muslims” in a statement released shortly after the incident. Two men were initially arrested and identified by authorities, but on Monday afternoon officials said only one of the men, Alexandre Bissonnette, remained a suspect, while the other was considered a witness and was released, the Globe and Mail reported. Bissonnette lives in a suburb of Quebec City, according to the Globe.

The shooting occurred at the Islamic Cultural Center on Sainte-Foy Street around 8 p.m. local time. More than 50 people were inside at the time of the shooting, the AP reports. Some people were still being treated for injuries hours after the attack, multiple local reports said; the AP reported that five people were in critical condition as of Monday morning.

Trudeau said it was “heart-wrenching to see such senseless violence,” reaffirming that “Muslim-Canadians are an important part of our national fabric” and that those who commit intolerant acts will be held accountable.

Quebec City Mayor Regis Labeaume said at a press conference early on Monday that no one “should have to pay with their life, for their race, their color, their sexual orientation or their religious beliefs,” the AP reports.

Islamophobic incidents have reportedly increased in Canada in recent years. CBC News reports that during the holy month of Ramadan in June, a pig’s head was left on the doorstep of the same Quebec center. 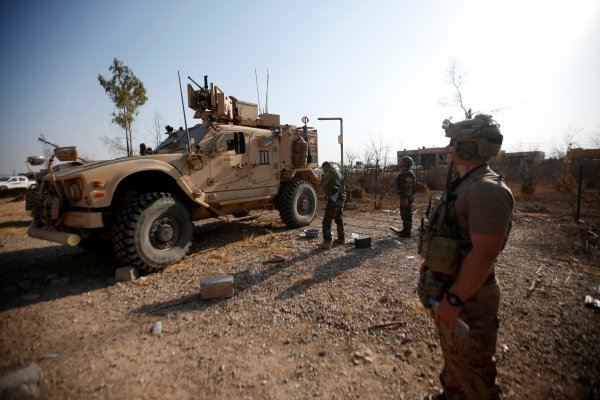