For the second time, Veep star Julia Louis-Dreyfus has been elected Outstanding Female Actor in a Comedy Series. The latest victory came Sunday night at the 23rd Annual SAG Awards.

Louis-Dreyfus took the stage to accept her win — and used her acceptance speech to poke fun at President Donald Trump.

“Whether the Russians did or did not hack the voting of tonight’s SAG awards, I look out at the million or probably even a million and a half people in this room, and I say this award is legitimate and I won,” she joked. “I’m the winner, the winner is me — landslide!”

Louis-Dreyfus also addressed the controversial immigrant ban, calling it a “blemish” on America.

“I want you all to know, I am the daughter of an immigrant,” she said. “My father fled Religious persecution in Nazi-occupied France. I’m an American patriot and I love this country, and because I love this country I am horrified by its blemishes.”

“This immigrant ban is a blemish and it is un-American,” she added.

Season 5 of Veep featured dramatic changes, both behind-the-scenes with a new showrunner and on screen as Dreyfus’ Selina Meyer lost the election, leading to her exit from the White House.

The one constant on the show, besides laughs and expletives, are awards for the HBO comedy’s star. For the character she described to EW as “a heinous individual, and yet I love her profoundly,” Dreyfus has now won two SAG Awards to go along with her five consecutive Emmy victories. 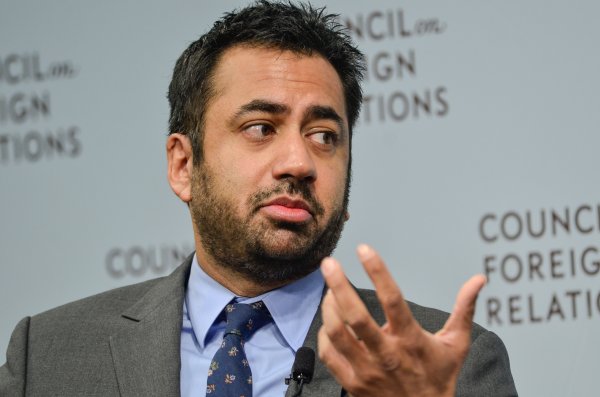 Actor Kal Penn Raises More Than $300,000 for Refugees Being Told 'You Don’t Belong Here'
Next Up: Editor's Pick