Why Federer-Nadal Was Just What We Needed

Switzerland's Roger Federer holds the trophy as he celebrates after winning his Men's singles final match against Spain's Rafael Nadal in Melbourne on Jan 29, 2017.
Issei Kato—Reuters
By Sean Gregory

At times, yes, the whole “sports-as-distraction” idea comes across as trite. But not here. Not now. A day after many Americans felt their country was losing its way, after thousands marched on airports where refugees and citizens from certain countries were detained for trying to enter the U.S, a rekindled tennis rivalry between two of the all-time greats, Roger Federer of Switzerland, and Rafael Nadal of Spain, more than lived up to expectations. And that felt really, really nice.

To the delight of fans across the world, the Australian Open men’s final went to five sets on Sunday; Federer outlasted Nadal, his long-time nemesis, 6-4, 3-6, 6-1, 3-6, 6-3, to win his 18th Grand Slam championship, adding to his record haul. The major title was Federer’s first since Wimbledon 2012. Going into the tournament, few gave either legend much of a shot. Federer shut down his 2016 season last July, following knee surgery: he hurt himself while running a bath for his twin daughters. A wrist injury hampered Nadal last season. Federer was ranked 17th for the Aussie Open. Nadal was ranked ninth. Federer’s 35. Nadal’s 30. With Andy Murray holding the number-one ranking and Novak Djokovic still peaking, a ninth Federer-Nadal Grand Slam final, and first since 2011 — they faced each other six times from 2006-2008 — seemed just as likely as, well, a certain presidential election outcome.

But don’t go trusting the pundits. Djokovic and Murray both lost early in the tournament, clearing the path for a throwback final. On Sunday the Melbourne crowd, respecting Rafa but pulling for Roger, went crazy when Federer returned from a medical timeout to begin the fifth set. Nadal immediately broke Federer’s serve; Nadal’s serves were getting faster, his shots bigger. Federer was in trouble. But Federer found his touch; he started floating across the hard-court, and angling shots like it was 2007 all over again. He broke back, and at 4-3, with Nadal serving, Federer had triple break point.

But Nadal dug deep, per tradition, willing shots off the ground to save three straight points. Federer then won the point of the match, an exquisite 26-shot rally that tennis nerds will recall for years. Federer had another advantage, but Nadal saved again: finally, Federer won the fifth break point of the game to go up 5-3 and serve out for the match. On his second championship point, Federer sent a winner to the baseline. Nadal challenged the call. In. Federer cried for his sweetest win.

As far back as the 2015 U.S. Open final, which Federer lost to Novak Djokovic, Federer showed he still had his fluidity. A bunch of unforced errors cost him in that match. But when you’re 35 and coming off knee surgery, a nice run to the semis would keep fans giddy. But a first major hardcourt in seven years? You couldn’t write a better swan song.

A week from today, the New England Patriots and Atlanta Falcons will play a Super Bowl. Many more Americans will tune it to that game than wake up a dawn to watch a tennis match from Australia. But the world cherished Federer-Nadal, maybe for the last time. Hey Brady, good luck topping that. 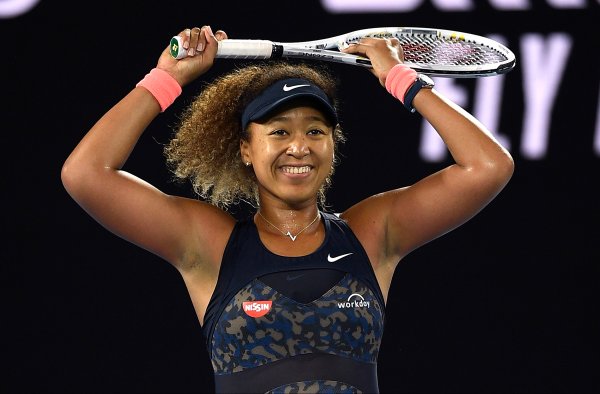