President Trump speaks on the phone with Russian President Vladimir Putin in the Oval Office of the White House, Jan. 28, 2017 in Washington, DC.
Drew Angerer—Getty Images
By Zeke J Miller

President Donald Trump ordered members of his Cabinet and the Joint Chiefs of Staff Saturday to begin a 30-day review of the nation’s strategy to combat ISIS, as he seeks to intensify the U.S. campaign against the extremist group that holds swaths of territory in Iraq and Syria.

In the formal executive memorandum, Trump declared that “It is the policy of the United States that ISIS be defeated.” The the public signing before television cameras, rather than a private request to the Pentagon, was designed to “convey to the world and to our allies the strength of our resolve,” a senior administration official said.

“It represents a profound statement on the part of the United States that we are committed to ending this atrocity, which is necessary from a national security standpoint, but the intended results include saving an unknowably large number of people on a humanitarian level as well,” the official said.

The memorandum orders the Pentagon, the intelligence community, and key Cabinet agencies to develop a comprehensive plan to defeat the extremist group. including reviewing the existing rules of engagement, developing public diplomacy and digital strategies to combat and discredit the group online, identifying new coalition partners, determining how to cut off the group’s funding, and paying for the ongoing campaign against the Islamic State.

On the campaign trial, Trump frequently warned of the spread of ISIS, and promised to “knock the hell out of” the group if elected. “I know more about ISIS than the generals do,” he declared in November 2015. “Believe me.”

U.S. forces have carried out more than 200 airstrikes in Iraq and Syria since Trump’s inauguration, roughly the same pace as during the waning days of the Obama administration.

The official blamed ISIS and radical groups like it for “the genocide of Yazidis, and the genocide of Christians and Kurds and many other groups historically and recently in the Middle East.” The use of the term genocide represents a significant break from the Obama administration, which faced criticism for deciding against using the phrase.

One key measure the generals will weigh is whether to use more aggressive tactics on the battlefield, though those come with greater risks of civilian casualties. They will also examine existing U.S. troop levels in Iraq and Syria.

In a call with Russian President Vladimir Putin Saturday, Trump and his counterpart agreed to increase cooperation between the two countries’ militaries in the fight against ISIS, the Kremlin said in a statement.

It was not immediately clear whether the results of the review would be made public, as Trump has argued against discussing the U.S. strategy against ISIS publicly to maintain the element of surprise. 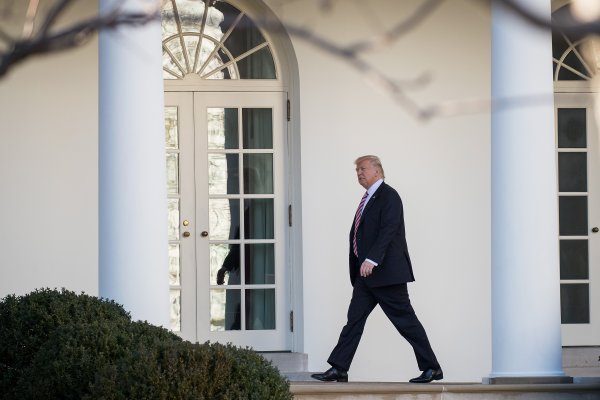