The mayor of Berlin — a city known for its own infamously divisive wall — sent a message on Friday to President Donald Trump, imploring him not to build a wall on Mexico’s border.

“Berlin — the city which stands for the separation of Europe as well as the freedom of Europe — cannot watch silently as another country plans to build a wall,” Berlin Mayor Michael Müller said in a statement Friday, according to a translation by the Washington Post.

“We cannot simply accept that all our historic experiences are being thrown into disarray by the ones we have to thank most for our freedom: the Americans. I call on the U.S. President to not go down this wrong track of isolation and exclusion.”

Müller’s statement made reference to former U.S. President Ronald Reagan, who in 1987 famously addressed Soviet Union leader Mikhail Gorbachev with the words, “Mr. Gorbachev: Tear down this wall.” The Berlin Wall, which divided East and West Germany during the Cold War, finally fell on Nov. 9, 1989.

“For that reason I say: Dear Mr. President, don’t build this wall,” Müller said Friday, as Trump pushed forward with plans for the Mexican border wall that was a central promise of his campaign. 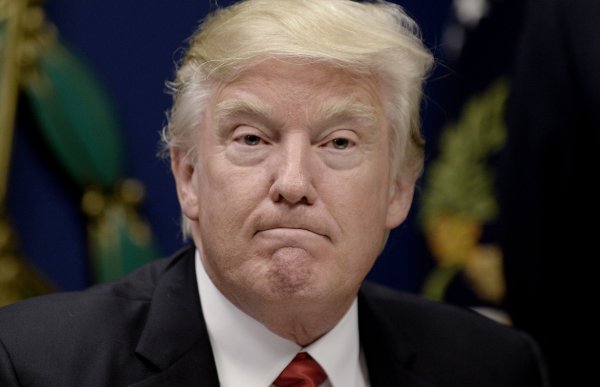 Experts Warn ISIS 'Rubbing Their Hands With Glee' at Trump's Visa Ban
Next Up: Editor's Pick