Winter arrives in Standing Rock at the Oceti Sakowin Camp in North Dakota, the day after the Army Corps of Engineers denied the easement needed to build the pipeline.
Michael Nigro—Pacific Press/LightRocket/Getty Images
Ideas
By Christine Ngaruiya
Dr. Ngaruiya is a physician and researcher based in New Haven and a former Public Voices fellow with the OpEd Project

I was deeply saddened to read about President Donald Trump‘s executive order to proceed with the Dakota Access Pipeline (DAPL) with only a matter of days under his belt as the nation’s leader. Not only does this fly in the face of a vehement shunning of the former presidency’s use of executive actions but it also infringes upon basic humanitarian principles.

The Greek term ethos is defined in the Oxford dictionary as, “The characteristic spirit of a culture, era, or community as manifested in its attitudes and aspirations…” Humanity is defined not only as “the state of being human,” but also as being humane and benevolent. The actions already enacted by President Trump, including murmurs of a complete shut-down of refugee resettlement in the U.S., a nearly 40-year-old effort instated by our government, make me seriously question what these seemingly rash decisions imply for the nation and how we see ourselves as a country. Changes are occurring drastically. But across party, race, gender and age lines, can we stop to consider what we are doing not just to ourselves collectively as a nation, but to individual humans? In one week, major detriments to humans have been set into play. Have we really taken stock?

America was founded on the ethos of inclusiveness. It’s reflected in our very Constitution. “We the people…” was what our forefathers penned as the introduction to these guiding principles that further describe a democratic process with tenets supporting checks and balances for implementation of laws and guidelines that would affect the American people. They made statements such as “to establish justice”, “to promote the general welfare” and “not to deny any person within its jurisdiction the equal protection of the laws” President Trump in his inaugural statement said that under his candidacy, he will strive to include all peoples. “You will never be ignored again” were his exact words. He promised, “The forgotten men and women of our country will be forgotten no longer.” I was encouraged, for a fleeting moment, by these bold and transcendent words, but the proof is in the pudding. By proceeding with these rash and inconsiderate measures, he has in his short-lived time as President already contradicted himself and estranged a significant proportion of the U.S. population.

Particularly with regards to the controversial DAPL venture, I can’t help but stop to think of how reminiscent this is of European founders making claims on American soil and doing so with utter and complete disregard to American Indians at that time too. While the level of savagery and utter carnage that has been referred to as a genocide could never be matched, it’s unfortunate to see the same group crying out some three hundred years later and still being thrown to the wayside. It seems this is not what Trump meant by remembering the forgotten of our nation.

If he had considered a more diverse counseling body, we would potentially not be facing this particular issue today. Additionally, his style of leadership has been well cited as being authoritative and non-reflective. These traits addressed might also have resulted in an alternative outcome.

All in all, I am perplexed by how Trump can be writing such a negative history for America so callously, a nation that he so quickly claims to love. Oddly enough, this is probably the one thing that he has stated which I actually believe to be true: that he is a patriot, and he loves this country. But what does it mean to be a patriot in America? Do we stand behind movements that trample upon entire segments of the population, muting their views, beliefs and convictions? Does humanity count in our endeavors as Americans? And where does benevolence fall into place in these pursuits? I hope that we consider this strongly today, in light of these changes that are being implemented, and even more before for the next four years of this government. 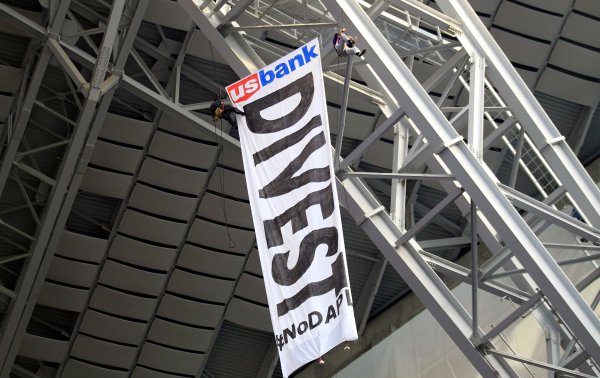