One day after calling off their planned summit at the White House, President Trump and Mexican President Enrique Peña Nieto spoke by phone for more than an hour Friday morning, agreeing to not speak publicly about the payment for the wall, the Mexican government said.

The call comes after a tense several days in which Peña Nieto sent a blistering statement about Trump’s plan to build the border wall and to try to force Mexico to pay for it, and after the White House publicly floated and then retracted a proposal to institute a 20 percent tax on Mexican imports.

“The two had a productive and constructive call regarding the bilateral relationship between the two countries, the current trade deficit the United States has with Mexico, the importance of the friendship between the two nations, and the need for the two nations to work together to stop drug cartels, drug trafficking and illegal guns and arms sales,” the two governments said in a “joint statement” released after the call.

But the version of the “joint statement” released by the Trump White House did not include sentence about the agreement to remain silent on payments for the wall. A White House official did not immediately comment on the discrepancy. 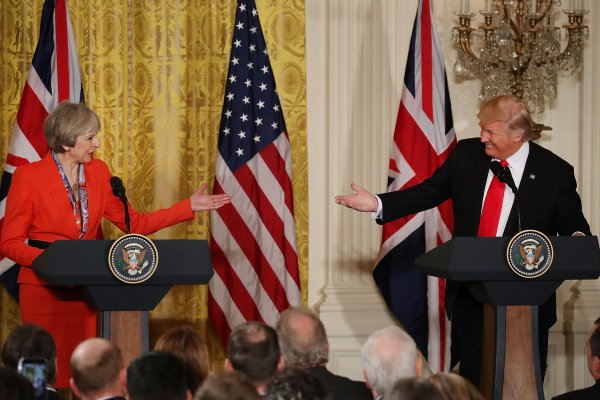 The British Prime Minister Tried to Rein in President Trump
Next Up: Editor's Pick