The ‘Doctor’ Behind the Alkaline Diet Faces Jail Time

The creator of the alkaline diet—a favorite of celebrities like Kate Hudson and Jennifer Aniston—is in the news again, and not in a good way. Robert Young, PhD, faces prison time for practicing medicine without a license, the BBC reported last week. He also allegedly defrauded terminally ill cancer patients, treating them with baking-soda infusions instead of traditional medical treatments.

Young co-wrote the book The pH Miracle in 2010, claiming that diseases are caused by acidity in the blood. His theory inspired a series of high-alkaline diets and cleanses, aimed at balancing pH levels by eating fewer foods that metabolize into acidic compounds in the body, and more that metabolize into alkaline ones.

In 2013, Victoria Beckham tweeted a photo of an alkaline diet cookbook, setting off a flurry of interest in this style of eating. Celebrities like Jennifer Aniston, Gwyneth Paltrow, Kirsten Dunst and Kelly Ripa have also voiced support for high-alkaline diets, and Kate Hudson touted one last year in her book Pretty Happy: Healthy Ways to Love Your Body. There’s even bottled alkaline water—a product with unproven health claims of its own—that’s been promoted by supermodel Miranda Kerr.

Health.com: 57 Ways to Lose Weight Forever, According to Science

But in 2016, Young was convicted of practicing medicine without a license, a charge that carries a prison sentence of up to three years and eight months. A jury was deadlocked on several other charges against him, including defrauding patients out of money. Prosecutors argued that he led terminally ill cancer patients to believe he could cure them with expensive baking-soda treatments—to flush dangerous acid out of the body, he told them—at his California ranch. The San Diego Union-Tribune reported that Young would be re-tried for theft-by-fraud and other charges.

Young has touted himself as a doctor and a naturopath over the years, but his doctorate in nutrition is from a non-accredited, now-defunct correspondence school, and he does not have a medical degree, according to the BBC.

This week, the BBC reported on one of those cancer patients, a 27-year-old British woman who flew to California and paid Young more than $77,000 in 2012, in hopes that his treatments could save her life. She died after spending about three months at Young’s ranch.

When reporters asked Young if he felt remorse for his actions, he told them he did not, “because of the thousands if not millions of people that have been helped through the [alkaline diet] program.”

But, like his cancer treatments, there’s little evidence to support the theory behind his now-famous diet. It’s true that foods vary in terms of their pH levels, but eating patterns have not been shown to have a real effect on body chemistry.

“We have an incredibly sophisticated machinery to keep the pH levels where they should be throughout the body, and there’s not a lot that you can do, eat or drink to change that,” said Dr. Evan Dellon, a gastroenterologist and associate professor of medicine at the University of North Carolina School of Medicine, in a previous interview with Health.

However, many of the foods recommended for a high-alkaline diet are healthy for other reasons, like fresh fruit, vegetables, nuts and seeds that are high in antioxidants and fiber. Likewise, foods on the high-acid “avoid” list tend to be less good for you: meat, dairy, refined sugar, caffeine and anything processed.

So while the alkaline diet may not be great in theory, it may actually have health benefits in practice. Rather than buying into unproven health claims about the body’s pH levels, though, focus on the other benefits of the foods it promotes.

This article originally appeared on Health. 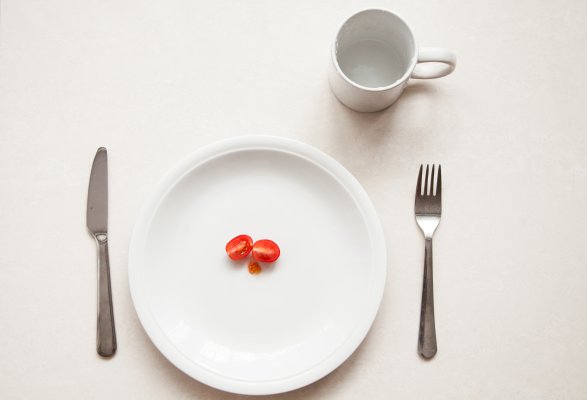 Why Eating Less Could Help You Live Longer
Next Up: Editor's Pick