You don’t have to attend in-person meetings or pay big bucks for a personal trainer to successfully lose weight. People who did wellness coaching by telephone lost an average of 10 pounds over 12 months, according to a new study published in the journal Obesity, and changed their year-over-year weight trajectories from upward to downward.

The phone-based coaching was provided to California residents with Kaiser Permanente health insurance, and the study was conducted by Kaiser’s division of research. Many major health insurance companies provide health and wellness coaching options, say the study authors, and people looking to lose weight might do well to take advantage of them.

Coaching is provided by health professionals trained in techniques such as motivational interviewing—a method of asking questions to help people discover their internal motivations and barriers to change. The sessions range from 10 to 30 minutes, and each call is designed to follow up on goals set in the previous session.

Researchers examined health records and body mass index (BMI) measures of 954 people—average age, 52—who did at least one telephone coaching session with goals of eating healthy, losing weight or being more active.

The researchers then matched data for these people with data from more than 19,000 other members with similar starting BMIs who did not do telephone coaching.

In the phone coaching group, 30% of people lost at least one unit of BMI over the next year (say, going from a BMI of 30 to 29), compared to only 22% in the control group. People in the telephone group lost an average of 10 pounds, while those in the control group saw no significant change in average weight.

For people who are overweight, losing 10 pounds has been shown to significantly reduce health risks, says study co-author Dr. Nancy Goler of the Permanente Medical Group’s Wellness Coaching Center. Because telephone counseling is inexpensive and easily accessible, the results suggest that it can be an important tool in fighting obesity and its related health risks, like diabetes and heart disease.

Because the new study was not randomized, the authors point out that there may have been differences in motivation levels between members who chose wellness coaching and those who didn’t. They also were not able to compare socioeconomic characteristics between the two study groups.

Finding a counselor trained in motivational interviewing may be one of the keys to success, says Goler. “It’s not about calling someone in the moment and saying, ‘Help me, I’m about to eat a candy bar,’” she says. “It’s a larger program that involves a lot of self-reflection: You make commitments, and you check back later to see what worked and what didn’t work.”

She also says that, in order for any type of weight-loss counseling to be effective, it’s important to set small, realistic goals. “Weight loss can go up and down and plateau, and it can be frustrating when you don’t feel like you’re getting anywhere,” she says. “Having help getting through those tough times, and celebrating the achievements you do make, can definitely help.”

If you’re interested in weight-loss coaching by phone, Goler recommends asking your health insurer if the company provides or can recommend programs similar to the one used in the study. If they can’t help, she says, check with your doctor. 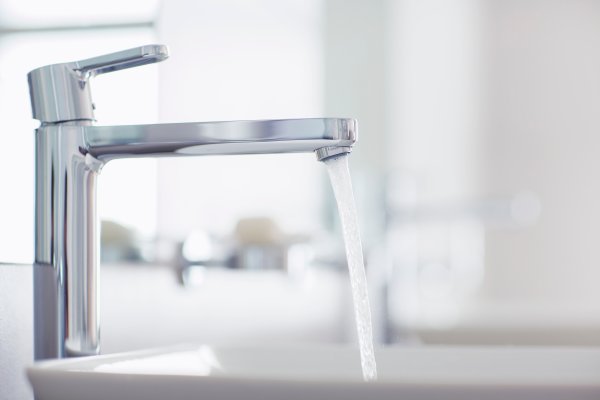 10 Things You Should Never Put Down the Drain
Next Up: Editor's Pick