British Prime Minister Theresa May is meeting with President Donald Trump in the Oval Office, which will be followed by a joint press conference in what is the first visit by a foreign leader to the White House since last week’s inauguration.

Earlier today, May laid a wreath of poppies at the Tomb of the Unknown Soldier at Arlington National Cemetery in Virginia, just outside Washington, D.C. May’s meeting with Trump this afternoon is expected to last about an hour.

May, who is seizing the opportunity to bolster what she called the trans-Atlantic “special relationship,” said in a speech Thursday that the start of Trump’s term is “a new era of American renewal.” However, she also rejected the president’s suggestion that torture might be acceptable, as well as rebuffed some of his foreign-policy views.

After flying into Philadelphia yesterday, May told a gathering of Republican lawmakers at their annual Congressional retreat that a Britain outside the EU and the U.S. under Trump can “lead together again” in the world, as they did when they set up the United Nations, NATO and other international organizations the new president has strongly criticized. 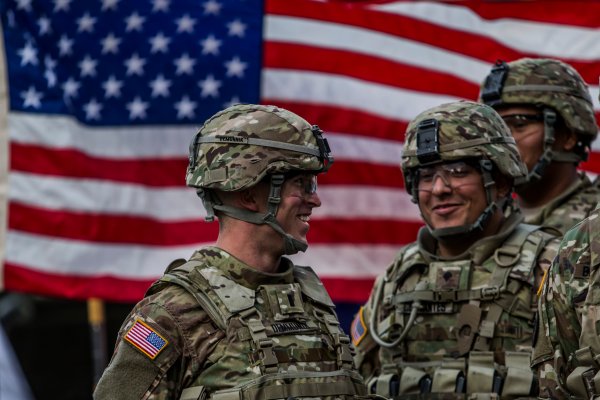 The Potential Upside to Shutting Down Military Bases
Next Up: Editor's Pick