The Apollo 1 Tragedy and the ‘Challenge of the Impossible'

Sudden death is always shocking, and even more so when those who die are heroes who defied danger in the past. But on Jan. 27, 1967, when the U.S. lost its first three astronauts killed in the line of duty — Lieut. Colonel Virgil “Gus” Grissom, 40; Lieut. Colonel Edward White, 36; and Lieut. Commander Roger Chaffee, 31 — the world’s reaction contained an extra level of shock.

The reason why is suggested by the fact that, though the mission on which they were killed is now known as Apollo 1, that phrase never appears in TIME’s original 1967 cover story about the event. The men were not killed during a grand attempt to reach the moon, but rather during what was supposed to be a routine pre-flight test for what was then known as Apollo 204 or AS-2014, so called after the spacecraft in use.

As TIME presented the story, the nation and the world knew that the effort to put a man on the moon was a dangerous one. Every time a brave astronaut took another step forward — orbits or space walks, for example — a collective breath was held, with the awareness that it would be so easy for something to go wrong. Grissom and White themselves were already famous for their death-defying feats. But when Grissom, White and Chaffee died, they were “motionless and earth-bound,” reclining “in the charred cockpit of a vehicle that was built to hit the moon 239,000 miles away, but never got closer than the tip of a Saturn rocket, 218 ft. above Launching Pad 34 at Cape Kennedy.”

Here’s how TIME explained what happened that day:

By April, it had been determined that, though it was unlikely that technicians could ever figure out with 100% certainty what had happened, the fire was probably started by a conductor that malfunctioned and “spurted” its electrical current.

Although the routine nature of the test that killed those men could have potentially detracted from their sacrifice, it did just the opposite: they were all-too-human reminders of the danger of space, and of the level of technical ability required of all astronauts. And as such, though some feared that the accident would cause the U.S. to pull back on the effort to make it to the moon, NASA continued to move steadily ahead, confident in the knowledge that Grissom, White and Chaffee, professionals till the end, would have wanted it that way.

“New as it is in the history of mankind’s progress, the conquest of space symbolizes one of man’s oldest, most basic drives: the hunger for knowledge, the lure of every new frontier, the challenge of the impossible,” as TIME noted. “And that is the legacy left behind by Virgil Grissom, Edward White and Roger Chaffee— just as it was by men like Marco Polo, Magellan, Charles A. Lindbergh and Explorer Robert Falcon Scott, whose Antarctic memorial bears an inscription from Tennyson’s Ulysses: ‘To strive, to seek, to find, and not to yield.’”

And NASA soon took another step forward, too: announcing that the mission for which the three men had been preparing would be known as Apollo 1.

See the full issue, here in the TIME Vault: “To Strive, To Seek, To Find, And Not To Yield…” 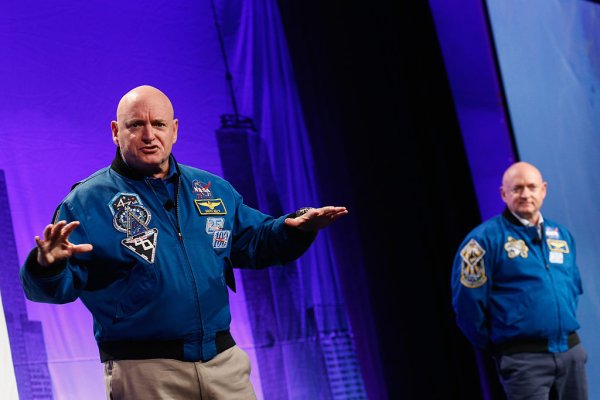