These 5 Votes Could Help Shape the World in 2017

Not all votes grab global headlines, even when they should. Here then are the five under-the-radar votes that will help shape the geopolitics of 2017.

The year 2017 will determine Turkey’s political trajectory for years to come. On Jan. 20, Turkish President Recep Tayyip Erdogan succeeded in passing the last in a set of constitutional amendments through parliament that would empower the presidency he currently holds; now comes a referendum to win public backing for these sweeping new powers. Technically, executive power in Turkey is supposed to reside with the prime minister, a post Erdogan occupied from 2003 to 2014. He’s been furiously trying to rewrite the rules of the game since. Not that it matters much, practically speaking; Erdogan still calls the shots in Ankara, particularly since he declared (and then extended) a state of emergency across the country following last July’s failed coup. But it would further—and officially—solidify his hold on power.

A late November poll had 45.7% of Turks supporting the constitutional change and 41.6% opposing it. But Erdogan has proved himself a skilled politician, and should be able to get the votes he needs from his conservative, religious base by the time the referendum rolls around (most likely in April). If Erdogan wins the vote, he will officially push Turkey into soft authoritarianism. That makes it near-impossible for the E.U. to grant Turkish demands for visa-free travel that are preconditions of its deal to keep Syrian refugees on the other side of the Aegean. Yet one more headache for Europe.

One way or another, South Korea is getting a presidential election in 2017. If the Constitutional Court upholds an impeachment motion against President Park Geun-hye, an early election to replace her will be held within 60 days. If the Court rejects the motion, then the election will occur as originally scheduled in December. In all likelihood a new left-of-center government will come to power with a mandate to overhaul an economy that no longer produces enough growth for Koreans to tolerate the continuing excesses of political and business elites.

That would be tough enough even without an increasingly belligerent North Korea as a neighbor. A left-of-center government won’t simply abandon the bilateral security alliance with the U.S., but it might well oppose the military and economic pressure that the Trump administration wants to apply to Pyongyang. It might too oppose Trump’s demands that South Korea pay more for the nearly 30,000 U.S. troops there. The stakes are enormous as North Korea moves closer to the ability to miniaturize a warhead that can sit atop a missile capable of reaching the U.S. west coast.

Iran is scheduled to have a presidential vote in May. While the ultimate decision-maker in the country will remain the aging Supreme Leader Ali Khamenei, the moderating influence of current President Hassan Rouhani is at stake. It’s still too early to tell who will win the country’s presidency, but don’t expect any dark horse winner to emerge; any candidate that stands must first be approved by the Guardian Council, a 12-person body that ensures that country’s politics unfold in accordance with Islamic law. A Rouhani victory would enable the reformist/centrist camp to continue its agenda of gradual economic reform and (slow) opening to the West; a conservative victory would imperil the future of the nuclear deal, which hardliners view as undermining Iran’s security and independence.

There’s also the possibility that a hardline Iranian administration could intervene in its neighbors’ affairs even more than the current centrist administration. As we’ve seen in Syria, more actors in the Middle East don’t necessarily bring more stability.

South Africa doesn’t have national elections scheduled until 2019, but since the end of apartheid a quarter century ago, its politics have been dominated by a single party: the African National Congress (ANC) once led by Nelson Mandela. So when the ANC decides on a new leader in its December party conference, that person will likely be the next President.

This is a country that badly needs new leadership; under current President Jacob Zuma, the ANC has lost votes and the country has lost jobs and investor confidence. It hasn’t helped that Zuma surrounds himself with cronies who benefit from an extensive patronage network while ignoring economic growth and poverty alleviation. His 783 corruption charges haven’t helped much, either. At the moment, it looks like those same backers will do as Zuma wants, electing his ex-wife Nkosazana Dlamini-Zuma as his replacement—precisely to keep their patronage system intact.

Geopolitically speaking, Zuma’s term has been notable for his turn away from the West; he distrusts Western governments and investors. His focus on maintaining domestic power has also seen the country start to withdraw from its traditional leadership role in Africa, which is a problem for Zimbabwe, Mozambique and the Democratic Republic of Congo, all of which face political turmoil at the moment and could use stronger conflict mediation. If Zuma’s faction retains control of the ANC, and by extension the country, their attitudes toward the West and its economic values might harden further.

India is prepping for local elections in 2017, none of which are more important than those held in Uttar Pradesh, India’s most populous state. With 200 million people (roughly the population of Brazil), Uttar Pradesh is seen as a bellwether for the nationally-ruling Bharatiya Janata Party (BJP) and its leader, Prime Minister Narendra Modi in the 2019 national election.

Modi has done an impressive job reforming the country to date, but if he’s going to take on the difficult land and labor law changes needed to further boost India’s potential, he’ll need an injection of political capital that only a victory in Uttar Pradesh can provide. A relatively poor showing for the BJP will drive the government to become more inward-looking. Modi might embrace his populist instincts even further. And given what populism did to the world in 2016, the last thing the world needs is India—1.27 billion people strong—being driven by it. 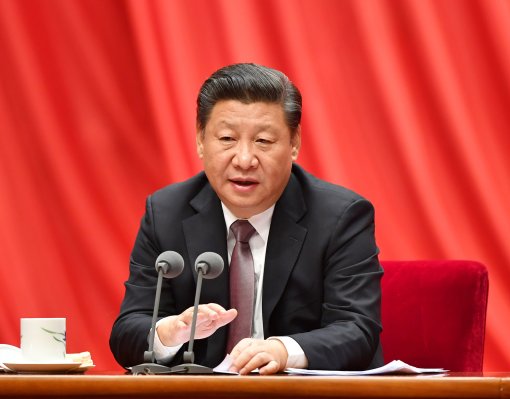 These 5 Facts Explain Why Economic Reforms Are Stalling Globally
Next Up: Editor's Pick