An artist's illustration of Siamogale melilutra, an otter as big as a wolf, in a handout image distributed on Jan. 23, 2017.
Mauricio Antún—Natural History Museum of Los Angeles County/Reuters
By Julia Zorthian

Scientists have found evidence of a wolf-sized otter relative that lived in southwest China’s wetlands 6 million years ago.

The researchers from China and the U.S. based their findings about the recently-discovered Siamogale melilutra species on a cranium, some teeth and a mandible that they found and digitally reconstructed in a coal mine, the New York Times reports.

“It’s huge, it’s bigger than anything I’ve ever seen in terms of otters,” Denise Su, an author of the report detailing findings about the new species, told the Times.

The skull had been flatted by pressure and time, researchers said, so they had to scan and digitally re-“inflate” the bones. After doing so, they determined the specimen was probably 6-feet long and 110 pounds. 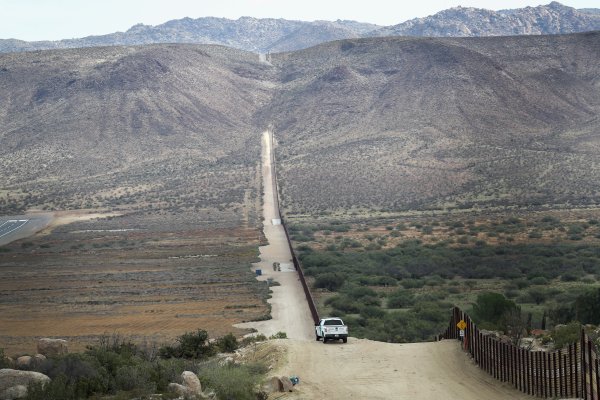 The Problem With President Trump’s Wall That No One Is Talking About
Next Up: Editor's Pick