Ian McKellen as Gandalf and Elijah Wood as Frodo in The Lord of the Rings: The Fellowship of the Ring
New Line/WireImage
By Megan McCluskey

After starring as Gandalf in the Middle-earth movies over the course of more than a decade, Ian McKellen is clearly still in tune with the beloved wizard.

During a recent Empire interview with former co-star Elijah Wood — who played Frodo Baggins in The Lord of the Rings trilogy — the 77-year-old actor reminisced about bringing the J.R.R. Tolkien epic to life, revealing that he has some iconic souvenirs from his time on the New Zealand set.

“Eternal gratitude for being included in one of the great film adventures of all time,” he told Wood when asked what he has stashed away. “I keep [Gandalf’s sword] Glamdring in my hatstand and the pointy hat in the basement, often worn by visiting youngsters. Gandalf’s staff is behind the bar in my Thames-side pub The Grapes, in East London. Don’t tell [director] Peter [Jackson], but the keys to Bag End are hanging up at home.”

McKellen also spoke about his favorite part of working on The Hobbit trilogy — getting back to Gandalf’s roots. “I was glad to be rid of that old stick Gandalf the White,” he said. “The Grey was always my favourite.”

The chat was part of an interview series in which each of the nine members of the Fellowship asked another member nine questions in honor of the 15th anniversary of The Fellowship of the Ring premiere. 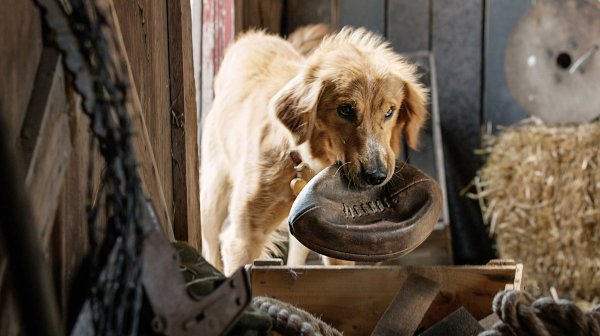 Review: A Dog's Purpose Is More Than the Sum of Its Scandals
Next Up: Editor's Pick