Why Trump Will Lose His War on Science

Whistling in the dark: Trump denies science at his peril—and everyone else's
NICHOLAS KAMM; AFP/Getty Images
By Jeffrey Kluger

Donald Trump, meet science. Science, meet Donald Trump. I bet you two are going to get along fantastically. OK, maybe not.

It was never likely that an Administration that coined a term like “alternative facts” after just three days was ever going to be comfortable with a world of study in which facts are the hard, un-devaluable currency. If I tell you that the speed of light is 186,282 miles per second, you don’t get to argue for 187,000—not if you want to be taken seriously.

But while you can’t change established science, you can try to deny it or silence it. On that score, the Trump team has moved quickly and appallingly.

Even before the election, Trump was a shameless peddler of scientific fictions — that climate change is a Chinese hoax; that vaccines cause autism. No sooner had he won than he conspicuously summoned Robert F. Kennedy, Jr., a leading anti-vaccine fabulist, to Trump Tower for a meeting. His transition team floated the possibility that Kennedy would be appointed to a position overseeing vaccine safety and effectiveness — though the team later denied that any such job had been offered, perhaps as a result of public blowback.

Once in office, the Trump Administration went much further, launching a series of strikes on both indisputable fact and institutional science. The White House website stripped out any mention of climate change or the effort to fight it, and word went out that the Environmental Protection Agency might be forced to do the same — though at the moment, the page remains live. The EPA was also ordered to freeze the grants and contracts it regularly issues to study environmental issues and conduct remediation work like handling hazardous waste. Any EPA studies that were conducted, the administration also announced, would have to be seen and cleared by White House officials before they could be released. That too was later walked back by a spokesman, but none of this bodes well for either science or public health.

“The EPA doesn’t just issue press releases,” Jonathan Levy, a former senior official at the Department of Energy, says in a conversation with TIME. “They do work like mercury testing in water and particulate testing in the atmosphere. People die if that doesn’t get done. Look at Flint, Michigan.”

The Trump team did not stop with the EPA. Employees at the U.S. Department of Agriculture were forbidden to release any “public-facing documents,” according to a leaked internal email. That category included but was “not limited to news releases, photos, fact sheets, news feeds and social media content.”

The Interior Department was similarly muzzled and ordered to suspend its Twitter account for Tweeting out pictures comparing President Obama’s 2009 Inauguration crowd to President Trump’s much smaller turnout. The department also got in hot water for another tweet that reported the scrubbing of climate change and LGBTQ issues from the White House site. That didn’t stop someone in the social media shop at Badlands National Park in South Dakota from going rogue, sending out a series of tweets about climate change. They were pulled down, though the Interior Department’s account, like the EPA climate change page, currently continues to function.

It’s fair — if petty — that the Inauguration post would leave the Administration peeved, since its likely purpose was simply to fry the President’s sensitive hide. The Tweets from Badlands Park, however, were mere statements of the scientific truth, such as the fact that carbon dioxide concentrations in the atmosphere are now a dangerous 405 parts per million compared to 280 before the Industrial Revolution.

Levy, who worked for physicist and former Secretary of Energy Ernest Moniz said that the standards for candor were very clear under his ex-boss. “He used to say, ‘Good news is optional and bad news is mandatory and has to go first.’” To the Trump team, bad news — or at least unwelcome news — need not go first, last or ever.

One of the unintended but very real risks of this kind of denial is that it can lead to a drain brain out of government and into the private sector. People go into science so that they can do science. If the executive branch prevents that, those same great brains can always decamp to academia or industry, perhaps overseas. A Make-America-Great-Again administration could see the country become a lot less scientifically great than its competitors, including China — President Trump’s go-to boogeyman.

If there’s a way out of the immediate mess, it may lie partly in one of the most effective but least appreciated power centers in Washington: the permanent bureaucracy. Presidential appointees may get the televised hearings and the flashy limos, but their lease on the office is a fleeting one — lasting the length of an administration at the very most. The employees who answer to them and do the real work are on no such timeline.

“You can’t get anything done without the buy-in of the career work force,” says Levy. “They can just wait you out or obstruct you. On the other hand, if you treat them with respect and get their buy-in, you can get a lot done.”

The science community as a whole is pushing back too. The success of the massive Women’s March on Washington and similar rallies around the world sparked the idea of a scientists’ march on the capital as well. A Facebook page promoting the possibility quickly gathered more than half a million members, though the date of any planned march has not yet been determined.

Even without public demonstrations or bureaucratic resistance, President Trump is picking a fight he is certain to lose. Science, it’s worth remembering, doesn’t read your Tweets. It doesn’t care about the size of your Electoral College victory. When rising oceans swamp coastal communities or unvaccinated children fall to outbreaks of measles or mumps or whooping cough, you can’t pin that on a crooked media or a rigged election. It’s simply the way the fact-based world works. That’s a lesson the Trump Administration had best learn — before we all pay the price. 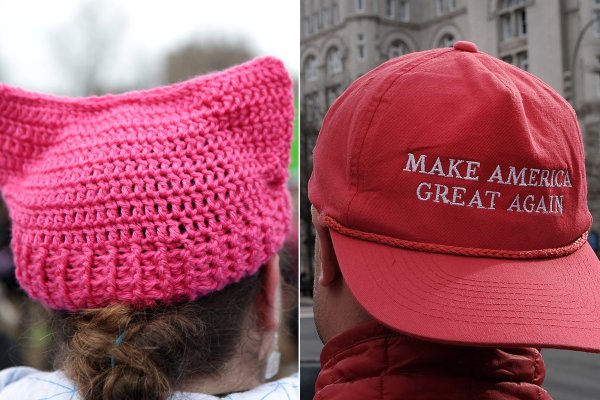 Stop — Collaborate and Listen
Next Up: Editor's Pick