Madeleine Albright, former U.S. Secretary of State, participates in a conference on the transition of the US Presidency from Obama to Trump at the US Institute Of Peace in Washington DC, Jan. 10, 2017.
Chris Kleponis—AFP/Getty Images
By Justin Worland

Former Secretary of State Madeleine Albright said Wednesday that she is “ready to register as Muslim” in apparent protest of President Donald Trump‘s administration.

The post follows announcements from the Trump White House that it will halt the U.S. refugee program and temporarily stop issuing visas to people from several majority-Muslim countries.

Albright called attention to her own diverse background in a post on Twitter, noting that she was “raised Catholic, became Episcopalian & found out later my family was Jewish.”

It remains unclear how Albright would register as Muslim. Trump called for a Muslim registry on the campaign trail but has not discussed implementing it since he took office. 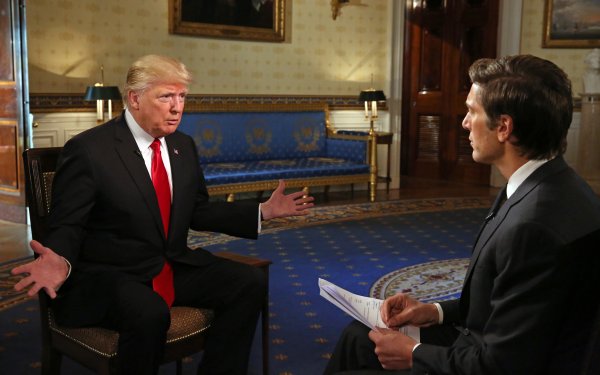