Shia LaBeouf Was Arrested at His Anti-Donald Trump Art Installation

Police arrested Shia LaBeouf early Thursday morning after he allegedly tussled with a man outside of his anti-Donald Trump art installation in Queens.

LaBeouf took part in organizing the installation, which broadcasts a live 24-hour video stream from outside the Museum of the Moving Image and encourages participants to say “he will not divide us” to a camera on the wall. Police said LaBeouf grabbed a man around 12:30 a.m. and caused bruising and scratches on the man’s face, the Washington Post reports.

NYPD spokesperson Sgt. Thomas Antonetti told CNN LaBeouf had grabbed the man’s scarf after a verbal exchange, and came into contact with the man’s face in doing so. He was charged with misdemeanor assault and released by 3:45 a.m., police said.

The installation is set to broadcast live for the four years of President Donald Trump’s term in office. 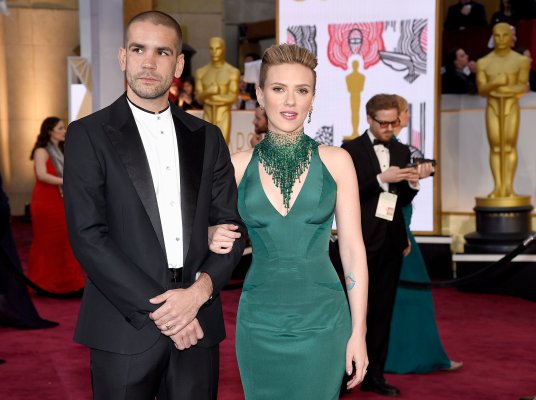 Scarlett Johansson and Her Husband Call It Quits
Next Up: Editor's Pick