What Happens When Doctors Only Take Cash

When Art Villa found out, after one too many boating accidents, that he needed a total knee replacement, he began asking around to see how much it would cost. The hospital near his home in Helena, Mont., would charge $40,000 for the procedure, he says. But that didn’t include the anesthesiologist’s fee, physical therapy or a stay at a rehabilitation center afterward. A 2015 Blue Cross Blue Shield study found that one hospital in Dallas billed $16,772 for a knee replacement while another in the same area charged $61,585.

It was in the midst of this confounding research that Villa, who’s 68, heard about the Surgery Center of Oklahoma, whose business model is different from that of most hospitals. There, the all-inclusive price for every operation is listed on the website. A rotator-cuff repair for the shoulder costs $8,260. A surgical procedure for carpal tunnel syndrome is $2,750. Setting and casting a basic broken leg: $1,925.

The catch is that the whole facility is cash-based. It doesn’t take insurance of any kind. Not Aetna. Not Cigna. Not Medicare or Medicaid. Patients or their employers pay whatever price is listed online, period. There are no negotiated rates, no third-party reimbursements and almost no paperwork. “We say, ‘Here’s the price. Here’s what you’re getting. Here’s your bill,'” says Keith Smith, who co-founded the Surgery Center in 1997 with fellow anesthesiologist Steven Lantier. “It’s as simple as that.”

To Villa, the model seemed refreshingly subversive. The Surgery Center would charge $19,000 for his whole-knee replacement, a discount of nearly 50% on what Villa expected to be charged at his local hospital. And that price would include everything from airfare to the organization’s only facility, in Oklahoma City, to medications and physical therapy. If unforeseen complications arose during or after the procedure, the Surgery Center would cover those costs. Villa wouldn’t see another bill.

Sometimes called direct pay, and closely related to concierge care, this sort of business model was once seen as the perquisite of rich folks and medical tourists from foreign lands. But nowadays many of the people seeking cash-based care are middle-class Americans with high-deductible insurance plans. For a patient with an $11,000 family deductible, for example, it might make more sense to seek out a cash-based center like the Premier Medical Imaging facility in Minneapolis, which offers a basic MRI for $499, than to cough up the several thousand dollars that the same procedure generally costs at a traditional hospital. Cash payments don’t count toward a patient’s deductible, but for some it’s worth the gamble.

Self-insured companies, like the trucking and storage firm where Villa is the chief administrative officer, are also fueling the trend. Because such companies pay their employees’ medical bills out of their operating budget, it’s in their interest to steer everybody to the cheapest option. Villa, for example, says his decision to go to the Surgery Center saved his company money, since his $19,000 bill is less than it would have been charged, even with a negotiated discount, by a traditional hospital. The Oklahoma state public employees’ insurance fund, which covers 183,000 people, recently did similar math. In 2015 it announced a new rule: If patients go to a traditional hospital, they pay their deductible and co-payment. If they go to a cash-based provider that meets the fund’s criteria, including the Surgery Center of Oklahoma, they pay nothing at all.

While no organization keeps track of how many cash-based medical centers have cropped up nationwide in recent years, Smith and Lantier say they’ve witnessed an explosion. In Oklahoma City alone there are roughly three dozen centers that are all or partly cash based, specializing in everything from radiology to oncology. Texas has two dozen such facilities, and in Torrance, Calif., the Ocean Surgery Center posts many of its prices online. Thousands of cash-based primary-care practices have also sprung up across the country.

This trend may accelerate nationally. With the Affordable Care Act on the chopping block, many experts expect the free-market model to take off. While congressional Republicans have yet to produce a viable replacement for the Obama Administration’s health care law, almost any change is likely to result in more Americans’ choosing high-deductible insurance plans, which would help fuel the cash-based marketplace for years to come.

A few days after Villa’s knee-replacement operation was completed on Jan. 17, his daughter captured a video of the happy patient, in headphones, “boogying down the hallway,” as he put it, of the Marriott Residence Inn in Oklahoma City, where he stayed for a week and a half to recover. After the surgery a physical therapist and a nurse visited Villa in his hotel room, bearing gifts: an ice machine, pain medication, a thermometer and detailed, hands-on instructions for his recovery, all of which were included in his original bill. “I’ve really never experienced this quality of care,” Villa says.

There is good reason to think Villa’s experience could be the shape of things to come. Since taking office, President Donald Trump has signed an Executive Order instructing the Department of Health and Human Services to begin weakening Obamacare, while standing by his previous promise that any replacement plan will allow Americans with pre-existing conditions to access affordable insurance.

To meet these goals, Republican leaders have been targeting a series of reforms that President Obama opposed. They will likely allow insurers to sell across state lines, resulting in the sale of more plans with limited coverage of basic health care or prescription drugs. They will also likely scrap the prohibition on bare-bones, high-deductible “catastrophic” plans and eliminate deductible limits entirely. If the final draft includes all or any combination of those provisions, the result will be many more Americans’ signing up for low-premium, high-deductible plans–precisely the type of insurance that has driven the rise of cash-based medicine over the past six years.

But even without a new Republican system, cash-based care has been growing under Obamacare, which required insurers to provide more-comprehensive coverage and to offer plans to anyone who wanted one. Insurers made up for having to cover a more expensive patient population by getting customers to contribute more out of pocket with higher deductibles, co-payments and co-insurance. While Obamacare imposed limits on how high deductibles could be–$7,150 for an individual and $14,300 for a family–the out-of-pocket contributions rose for many Americans, turning more patients into price hounds. If you’re paying cash for that mole removal anyway, why not find the cheapest dermatologist in town? The Surgery Center of Oklahoma, among the first in the country to post its prices online in 2008, saw an uptick in business after Obamacare. “I guess it’s ironic that Obamacare created this market for us,” Smith says, with a laugh.

In the health care world, the Surgery Center of Oklahoma’s business model is considered radical, in part because the industry, as it’s structured now, doesn’t lend itself to price transparency. Providers charge different insurance companies different amounts for the same procedures, and in many cases, insurers’ contracts explicitly bar hospitals from publicly disclosing their reimbursement rates. That many regions of the U.S. are now dominated by one hospital chain also creates a monopoly problem: if an insurer wants to offer plans in that area, it’s got to accept the hospital’s rates. Some providers say it’s not possible to set prices in the first place, since medical procedures aren’t normal consumer products.

In arriving at their price list, Smith and Lantier did an end run around the whole system. They asked their fellow doctors how much compensation was expected per procedure, factored in necessary expenses like surgical equipment and medical implants, then tacked on a 10% to 15% profit margin. Since their surgery center does not employ the army of administrators that is often required to haggle with insurers and follow up on Medicare reimbursements, their overhead is smaller. The whole operation is 41 people. “Finding an average price doesn’t require complicated math,” Smith says. “It’s arithmetic.” Since posting the price list eight years ago, they’ve adjusted it twice, both times to lower rates.

One problem with a free-market, cash-based system of health care is that it promises to work really well for people like Villa, whose companies stand to save money by avoiding traditional hospitals, but less well for others. Without safeguards, it threatens to marginalize the poorest and sickest among us, who could not possibly afford, say, a $19,000 knee replacement without help from an employer, the government or a charity. While Americans tend to accept certain inequities as a reality of capitalism–there are always going to be people who succeed and those who fall behind–we are less comfortable with them when it comes to health care. We don’t like the idea of families going bankrupt after a cancer diagnosis or losing coverage after a parent loses a job. In poll after poll Americans of both political parties say they support provisions ensuring that people with pre-existing conditions can access health care.

Twila Brase, president of the conservative Citizens’ Council for Health Freedom and one of the most energetic advocates of free-market-based health care, acknowledges the problem. For a direct-pay system to work, she says, providers must be willing to give away care. “Charity has always been part of the medical practice,” she says. (Smith and Lantier say they perform charitable operations, although to avoid being inundated with requests, they don’t report details.) Another way to make a free-market-based system work is to increase government safeguards: expand Medicare and Medicaid, compel states to create “high-risk” pools to underwrite coverage for those with pre-existing conditions, or require insurance companies to cover everyone. Which explains in part why replacing Obamacare is so vexing for the GOP: all that sounds a lot like Obamacare.

Villa, meanwhile, remains a convert. When he returns to work, he says, he’s considering helping his company create financial incentives to steer employees to the Surgery Center of Oklahoma. “Even with airfare and hotel stays,” he says, “the savings could be huge.” 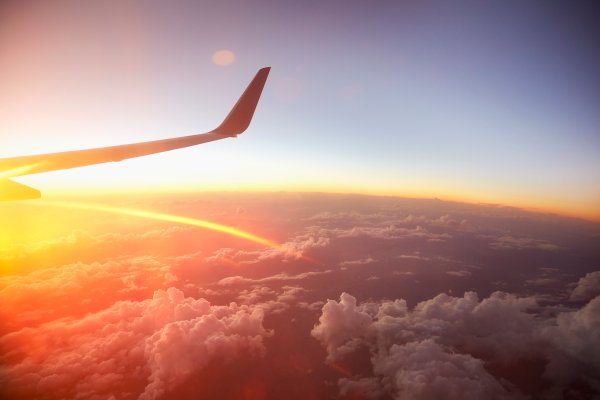 Why Jet Lag Is Worse than You Think
Next Up: Editor's Pick