The Perils of Snap Judging a U.S. President

For nearly a century, U.S. Presidents have entered office with their eyes on an early goalpost: What can be done during the first 100 days? It’s a tradition that dates to 1933, when Franklin D. Roosevelt used a rush of early action to attempt to address the Great Depression, and it’s continuing now with President Donald Trump. But Margaret O’Mara, a professor who teaches history at the University of Washington in Seattle, argues that the idea of snap judging a President based on what happens during his first three months in office has never made much sense.

This was even true in 1933. For one thing, most of what FDR did during that period didn’t really affect citizens until later, and some would be undone by the Supreme Court; had FDR been judged solely on his own 100-day metric, he’d be regarded as a disappointment. Moreover, FDR set this benchmark during an unprecedented crisis, which created an opening for political action. Expecting others to meet it is unrealistic, O’Mara says, given that no other President has encountered the world FDR did.

In practice, history has shown that nearly every U.S. President has a tough first 100 days as he tries to find his footing as the leader of the free world–a job that is messy and complicated, even for the most qualified candidates. So while it may be tempting to focus on what Trump does between now and April 29, O’Mara suggests that observers keep in mind the long-term effects of his actions. The former, she says, is a “lovely political idea.” But the latter is what matters. 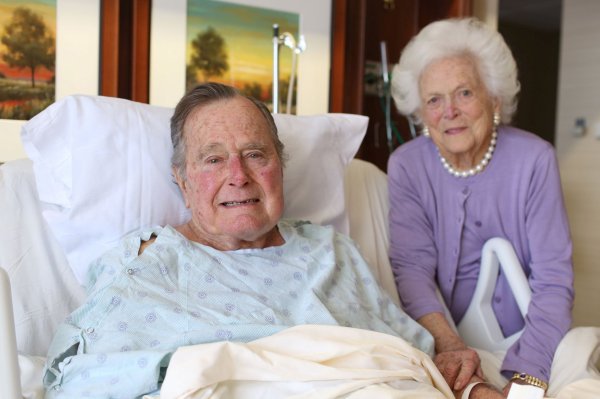 Former President George H.W. Bush Moved Out of ICU
Next Up: Editor's Pick