Five years after their son’s death, the parents of Trayvon Martin, Sybrina Fulton and Tracy Martin, reflect on grief, faith and their commitment to justice

Why did you write your new book, Rest in Power?

Fulton: We wanted to tell our side of the story. We hope by us telling our story and how we moved forward and how we got back up, that it will lift somebody else, it will encourage another family that has gone through the loss of a child.

Martin: It solidifies what we are doing as parents, advocating against senseless gun violence and the loss of children.

You’ve devoted so much of your time these past five years fighting to advance your cause, channeling grief to birth a movement. Do you still grieve?

Fulton: It feels like it just happened. People won’t be able to see the hole in my heart, but hopefully they will see that I am still healing through helping others. The bigger picture is Trayvon was unarmed, and he was a 17-year-old and he didn’t deserve to die in that manner. We missed out on the rest of his life. When you lose a child, it is a different type of pain, a different type of hurt. You never get over it.

You have a deep faith in God and trust in Scripture. How has your faith changed since Trayvon’s death?

Martin: There is only one way to come out of that dark place, and that is through the power of prayer. I’ve heard people say we were a chosen family. I don’t believe that. I just believe that God doesn’t make any mistakes.

You have other children. How have you changed as a parent?

Fulton: We are a lot closer. We are a lot more cautious. You never think that you are going to bury your child.

Martin: You do find yourself becoming more assertive as far as being more engaged in the things that they do. Being a bit nosier.

How hopeful are you about where America is as nation when it comes to race?

Fulton: All we have is faith and hope and trust. It is a very dark cloud on black and brown young men and women and children.

Could President Obama have made more of a difference?

Fulton: He’s done all that he can do.

What path do you see forward for your work under President Trump?

What do you say to people who say they need a gun to protect themselves?

Martin: It is a right to have a firearm to protect yourself. But it is not your right to be irresponsible. At the end of the day, it is not the gun that kills you, it is the irresponsible person that does.

You’ve created the Circle of Mothers and the Circle of Fathers to empower parents who have lost a child, especially to gun violence, to racial violence. How do you talk with them?

Fulton: We don’t always tell them that justice is coming because we did not receive justice. We tell them to try to hold on to their faith and to be strong.

How do you plan to honor Trayvon’s upcoming birthday and then the fifth anniversary of his death?

Fulton: We do not celebrate the anniversary of his death, we only celebrate his birth. His birthday is Feb. 5, which is Super Bowl Sunday. We do the Trayvon Martin Foundation Peace Walk and Peace Talk. 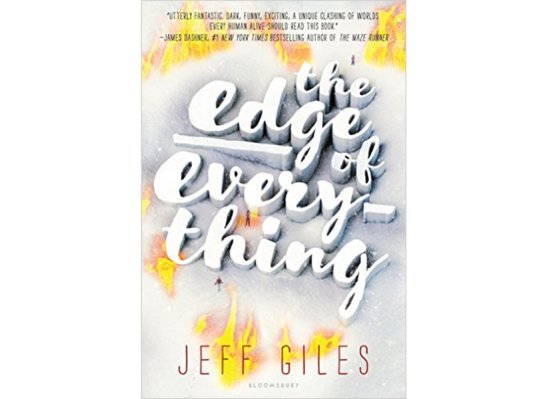 Heartthrobs and Hellscapes in Jeff Giles's The Edge of Everything
Next Up: Editor's Pick