U.S. President Donald Trump signs an executive order in the Oval Office of the White House in Washington, D.C., U.S., on Jan. 23, 2017.
Ron Sachs—Bloomberg via Getty Images
By Olivia B. Waxman

On Tuesday, President Donald Trump picked a portrait of his predecessor Andrew Jackson to hang in the Oval Office, the New York Times reports. This is not the first time Trump has expressed admiration for the seventh president, whom he last week called “an amazing figure in American history — very unique so many ways.”

Jackson was, in fact, unique. For example, he was the only president to serve in both the Revolutionary War and the War of 1812. He was also a military hero, a slave-owner, a lawyer, a judge and a planter, who earned the nickname “Old Hickory” for his tenacity.

Here are five other things to know about Jackson:

The Battle of New Orleans made him famous

With Jackson as General, the Americans halted the British expansion into the American frontier on Jan. 8, 1815, in a bloody conflict that decimated the British army and effectively ended the War of 1812, even though technically the treaty ending the war had already been signed. (The news had not yet made it to the U.S.) Only 13 Americans were killed, and Jackson would be hailed as a hero gaining national name recognition had boosted his run for president a decade later.

“New Orleans made Jackson’s broader influence possible,” Jon Meacham, a trustee of the Andrew Jackson Foundation and author of American Lion: Andrew Jackson in the White House, wrote for TIME on the 200th anniversary of the battle. “The day brought new possibilities, and, for better and for worse, a new America began emerging from the fog and the smoke of that distant morning.”

He preached about helping the “common man”

As the first president not part of the founding elite, he rode a populist insurgency to political victories in the 1820s and 1830s. The populism he espoused held that westward expansion meant more chances for “the common man” to participate in national affairs. He considered himself one. Born in 1767 in the Carolina backwoods and orphaned, he became a courier for the Revolutionary Army as a 13-year-old—getting captured once and forced to polish the shoes of a British colonel. He married up, however, into Nashville’s slave-owning planter class.

But he was less interested in helping Native Americans

As a General and as President, he believed in the segregation of whites and Native Americans, according to NPR’s Steve Inskeep, author of Jacksonland: President Andrew Jackson, Cherokee Chief John Ross, and a Great American Land Grab. He was ruthless, “opening Southern land for white real estate development, including his own personal real estate investments, whatever the human cost.” His Indian Removal Act resulted in the “Trail of Tears,” so called for the deadly journey that the Cherokee nation traveled after the law required them to give up their lands east of the Mississippi River and to relocate to what’s now known as Oklahoma.

He was adamantly opposed to a national banking system

He believed the system favored “money power” — a.k.a. East Coast manufacturers — and he distrusted paper currency, undermining its value so much that a financial panic struck shortly after he left office in 1837, leading to a depression during which 33,000 businesses closed their doors, according to some estimates.

He was lucky to be alive

In addition to injuries sustained in duels and the bullet lodged in his lungs, by the time Jackson became president he had already gotten smallpox, osteomyelitis, malaria, dysentery, rheumatism, dropsy, “cholera morbus” (widespread intestinal inflammation), amyloidosis (a waxy degeneration of body tissues) and bronchiectasis (inflamed and dilated bronchial tubes), among other diseases. As a historian told TIME in 1949, “No structure ever endured under greater handicaps than the frame that supported the brain of the astonishing, the determined, the invincible gentleman from Tennessee.” 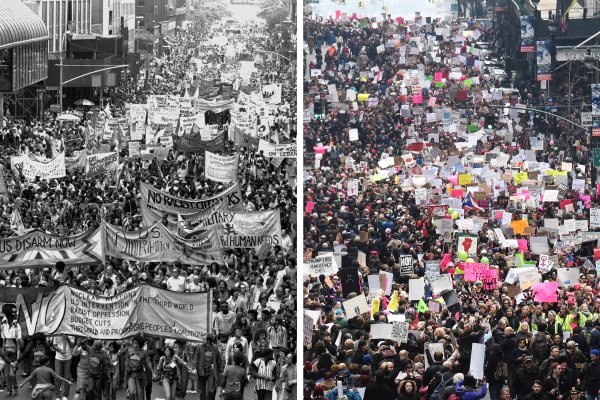 What Women's March Participants Can Learn From 5 Protests in American History
Next Up: Editor's Pick