The clip shows the North Korean dictator supervising the test launch of an intermediate-range Hwasong-10 missile, before saying that the country now has the capability to target U.S. interests in the Pacific, KRT reports. Photos of the test had been released last year, and U.S. and South Korean officials said two missiles appeared to have been launched on June 22. Intermediate-range missiles have a range of approximately 3000 kilometers, or about 1,860 miles, which would put Japan and the U.S. territory of Guam in the weapon’s possible reach.

Kim Jong Un said in his New Year’s address that North Korea was close to testing an intercontinental ballistic missile, which would have an even greater possible range. American officials said recently that they have seen indications that the country is preparing for a new missile test launch in the coming weeks. 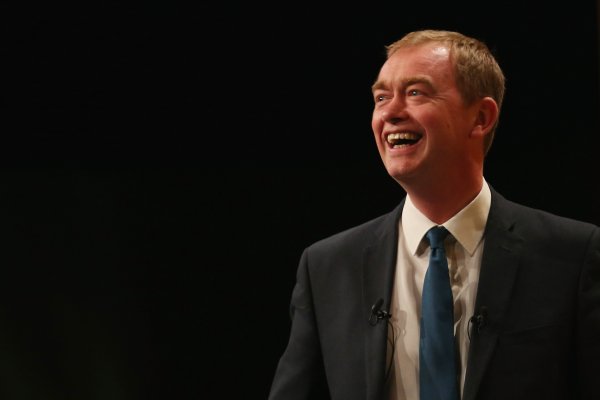 Q&A: Tim Farron, the Liberal Democrat Leader Leading the Charge Against Brexit
Next Up: Editor's Pick