Here's How Apple Hopes to Keep You From Losing Your AirPods

If you’ve ever worried about possibly losing or misplacing an AirPod, Apple may have a worthwhile solution for you. The company is expanding its Find My iPhone feature to work with its $159 wireless earbuds as part of its next mobile software update.

When iOS 10.3 launches, AirPod owners will be able to use the app or iCloud website to find their missing earbuds. Since the headphones don’t include GPS, the service will describe their location by indicating whether they’re within Bluetooth range of the owner’s Apple devices. These user must be signed into iCloud on these devices in order for this to work. If both earbuds are out of range, dead, or in the AirPods case with the lid closed, the map will display the area where the they were most recently connected to the owner’s Apple device.

There will also be an option to play a sound on one earbud or both AirPods to help locate the misplaced headphones. An early version of the new software is now available for developers, and should be launching for those enrolled in Apple’s public beta program shortly.

The rollout comes after some have expressed concern over whether or not AirPods will be susceptible to falling out of a wearer’s ear, a fear Cook dispelled when speaking with ABC News in September. “You know how you walk around with the earbuds and they’re constantly getting caught on something?” Cook said in the interview. “You never have that problem.” Companies like Spigen have already started selling accessories that attach both earbuds to prevent them from becoming separated. 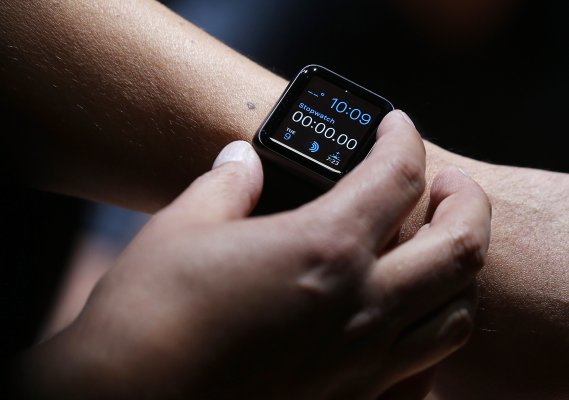 Why You Should Give the Apple Watch Another Chance
Next Up: Editor's Pick