A woman tries on Dlodlo V1 VR glasses during a press preview for the glasses at the Marriott Marquis, August 8, 2016 in New York City.
Drew Angerer—Getty Images
By Lisa Eadicicco

Technology companies and futurists have long argued that virtual reality, or VR, will give rise to the next generation of personal computing, forever changing our lives. But for all the high-tech VR headsets on the market today, most are riddled with shortcomings.

Among the biggest complaints about modern VR: High-end headsets require a powerful (and pricy) computer to run, they must remain tethered to that computer when in use, which can be cumbersome during gameplay, and they’re a pain to set up. To one degree or another, these gripes are true of all the most popular VR goggles out there, from the Oculus Rift to the HTC Vive and the Sony PlayStation VR.

Thankfully for VR enthusiasts, tech firms are hard at work looking to solve these problems. Among the potential solutions: A technology called “inside-out tracking,” which uses sensors built into a VR headset to track a wearer’s movements rather than relying on external equipment.

On a practical level, inside-out tracking could mean no more setting up external cameras, bumping into furniture, or having to stay within a designated zone while using a VR device. Intel, Microsoft and Facebook are all pursuing the technology.

Intel’s efforts revolve around what it calls Project Alloy, an experimental VR headset. The device combines inside-out tracking technology with a design that houses all the requisite processing power internally, eliminating the need to be tethered to a powerful, expensive computer.

Intel says it isn’t planning on launching Alloy as a consumer device. Rather, it’s working with developers to make their own headsets based on the hardware. Intel says the first fruit of that labor should arrive on store shelves by the holiday season, though further details, including exact pricing, haven’t been announced.

“Many high-end [VR devices] require you to have an external tracking system,” says Intel’s Achin Bhowmik, who leads the company’s Perceptual Computing Group. “So that is difficult to use, and people need to get used to it . . . with Project Alloy, we realized an opportunity to resolve these issues.”

Facebook, meanwhile, says it has developed a prototype headset that uses inside-out tracking and is completely wireless. Microsoft says it’s working with companies like HP, Dell and Lenovo to design VR accessories capable of inside-out tracking that will work with cheaper computers.

HTC’s Vive headset, says Forrester analyst J. P. Gownder, offers “the best experience in VR” today, an opinion shared by many tech critics. Still, Gownder adds that “what they have not shown is a way to make that happen that is simple and affordable.” HTC’s VR device alone costs $800, provided you have a computer that can run it. But designs like Project Alloy could make VR more accessible while preserving the praiseworthy experience. It also claims to add new tricks, like a “merged reality” feature that blends the wearer’s physical surroundings with a digital experience. When playing a game, for example, Alloy could transform a nearby couch into a generator aboard an alien spaceship, preventing players from an accidental collision during gameplay without taking away from the virtual environment. Early impressions of Intel’s hardware suggest there are wrinkles to be ironed out, but the project remains very much in the experimental phase.

Read more: Why Virtual Reality is About to Change the World

Not to be outdone, HTC is working on ways to improve its own VR hardware. It recently unveiled a new tracker that can help real-world accessories better mesh with digital environments. In a sign of the VR industry’s sometimes complex web of partnerships, HTC is also working with Intel on wireless technology that both firms hope could end the need for movement-restricting wires.

Inside-out tracking could introduce new problems just as it solves existing dilemmas. Going wireless raises questions about battery life, as these headsets won’t be able to draw power from a PC. Intel hopes Alloy will last multiple hours on a single charge, but that remains to be seen. (Graphics-intensive games will likely drain more power than, say, watching a VR movie.) What also remains unclear is whether or not these wireless headsets will be able to offer the graphics processing power of those attached to PCs. Gownder, the analyst, thinks PCs will continue to play an important role in providing high-quality VR for the foreseeable future.

Content creators, meanwhile, may have to grapple with the newfound freedom of a cordless experience after years of designing more limited experiences. “It’s very difficult to shoot an entire scene that you can walk around in,” says Patrick Meegan, creative director at VR platform Jaunt. “You would have to shoot individual subjects, or two or three subjects at a time. It would be going further into the method of composing a scene that you would be more familiar with in game design.”

While VR has yet to go mainstream, it’s clear that Silicon Valley is hard at work improving the technology in hopes of wider adoption. Facebook CEO Mark Zuckerberg, for instance, recently said he expects to spend $3 billion over the next decade to make VR more accessible — and that’s after his company bought Oculus for more than $2 billion. Still, Gownder believes it will take some time before we see massive improvements in the experience. “Star Trek: The Next Generation becomes the reference point,” says Gownder. “Everybody wants VR to be more like the Holodeck . . .We are in the early days.” 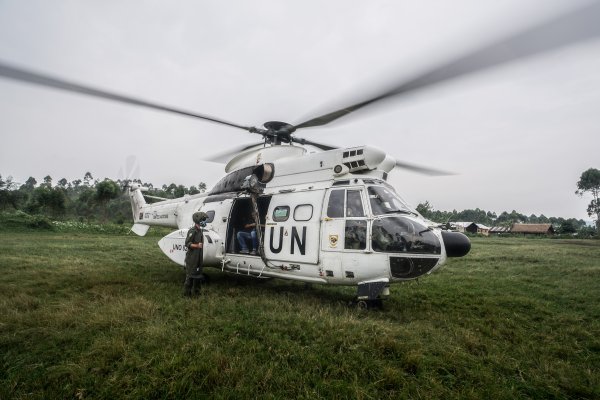