As President Donald Trump has mentioned, people are talking about America all over the world — and that includes satirical comedy shows in the Netherlands.

In response to Trump’s first speech about putting “America first,” the comedy show Zondag met Lubach is asking him to put the Netherlands second. So in their video pitch filled with happy tourism images, a Trump impersonator officially hypes up all the superior things about the Western European destination. As you might have been able to guess, the video quickly went viral.

“We speak Dutch,” the video pitch mentions. “It’s the best language in Europe. We’ve got all the best words. All the other languages failed. Danish…total disaster. German is not even a real language. It’s fake.”

The video then brags about its many assets like a pony park, a miniature town, and a wall of their very own. “It’s a great wall that we built us to protect us from all the water from Mexico. Nobody builds oceans better than we do.” But the most comical attraction might be economic: “the best tax evasion system God ever created.” 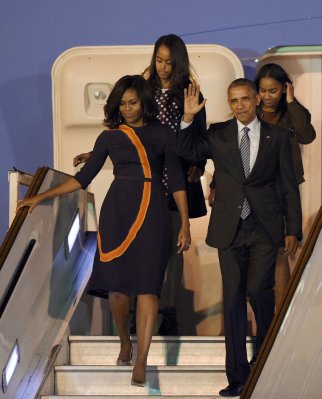