The North Korean 'Drone' Is More Like a 'Toy'

The unmanned aircraft that crashed in South Korea Monday looks like a model airplane, experts say after this picture was released April 2, 2014.
South Korea Defense Ministry—Associated Press
By Michelle Arrouas

The “drone” that crashed on a South Korean island on Monday was described by experts Wednesday as actually something that’s “toy-like,” “poorly designed,” and “antiquated.”

Seoul suspected that the unmanned aircraft was a spy drone from North Korea, Reuters reports. As the images of the wrecked drone began circulating on the Internet, several people noted that it looked more like the model airplanes of their childhood than an advanced drone.

“It is like a toy,” Kim Hyoung-joong, a cyber defense professor at Korea University in Seoul, told Reuters. “But for surveillance purposes, it doesn’t have to be a high-tech, top-notch military product like Predators or Global Hawk drones.

“This type of toy-like equipment can find a blind spot,” Hyoung-joong said.

The simplicity of the drone highlights how antiquated much of North Korea’s military equipment is, experts told NBC.

“Much of their military force is pretty decrepit, with a lot of World War II stuff,” said Dr. James Hoare of the Centre of Korean Studies at SOAS, University of London. “They put a lot of emphasis of their fighting spirit because they have not got much else.” 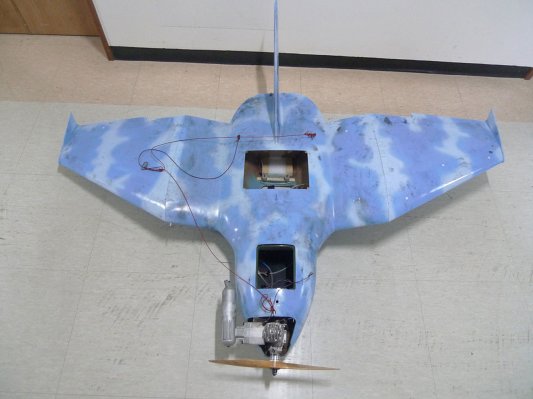