Swedish singer-songwriter LÉON is one to watch, with both a debut album and a stateside headline tour coming this year, plus a series of singles making waves online: Her debut solo track “Tired of Talking” topped Hype Machine and has racked up at over 42 million Spotify streams so far. LÉON’s smoky vocals and soaring compositions cut right to the emotional core; she says she was influenced early on by the “heartache” she heard in Motown, soul, and jazz even as she began her musical education playing cello.

Here, TIME premieres her new music video for “Liar,” an aching ode to the grey areas in a love story: “If it’s love, it is rough / Why am I not enough?”

TIME: What’s the story behind this song and video?

LÉON: “Liar” is one of the songs I’ve written that’s most difficult to explain. It’s basically about how a lot of people judge people who are in relationships if somebody is unfaithful. It’s easier to judge somebody and think that the person is weak. Everything is not black and white; it’s not easy. It’s about being torn, somewhere in between, and not knowing if you should stay or if you should go.

You tend to have poetic lyrics in English, although you’re Swedish. Does writing in English change how your words come across?

I’ve actually only tried to write in Swedish, like, one time, and it did not go well. I always did write in English, even when I was seven years old. I think that it came more naturally to me because I listened to American music and English music more than Swedish music growing up—Motown, soul, jazz. I fell for that heartache in that kind of music; that had a big influence on me.

Did you grow up with a musical background?

My mom is a cellist, and my father’s a composer, and a lot of people in my family in general are working as musicians. Most of us are artists in a way, so I grew up with that always around me. I feel like I didn’t even have a Plan B to do anything else; I don’t know if that’s a good or bad thing. It was always around me, music.

What do you think is it about your sound that’s giving it this crossover appeal?

When I write music with my producer in the studio, it tends to be a mix of everything I like. I love soul, I love classical, I love jazz, I love pop. You kind of throw everything into the mix. It’s hard to define.

Who are your biggest musical influences?

Amy Winehouse for sure, and I love Stevie Nicks. I think it’s cool to have very strong and interesting women, in their lyrics and how they sing and how they feel very personal. 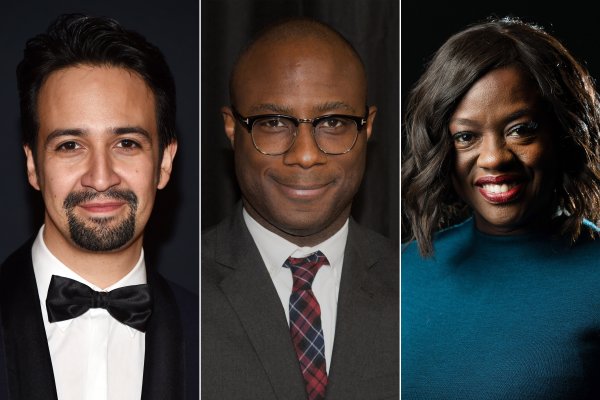 This Year’s Oscars Aren’t #SoWhite. But Hollywood Still Has Work to Do.
Next Up: Editor's Pick