Traffic can be annoying and even life-threatening in situations where time is of the essence, so firefighters in Dubai have launched a new system to put out blazes using a jet ski and a water-powered jetpack that help them avoid more conventional forms of transportation.

While the method (which has been dubbed, “the Dolphin”) might sound futuristic, it’s actually quite simple, as demonstrated by a video from the Dubai Civil Defence — the firefighter uses the water pressure from a jet ski that’s equipped with a water jetpack and a fire hose, which gives the user easy access to fires on boats, roads, and shoreline buildings, as well as an unlimited supply of water for taming the flames. According to ABC, the city has experienced an uptick in fires in recent years.

More importantly, it will also help solve the problem of being stuck in traffic during peak congestion times, allowing for a more rapid response. 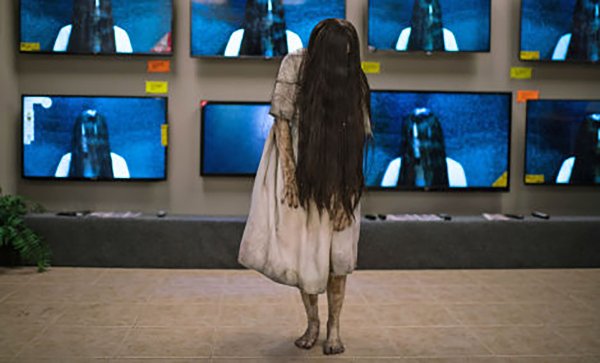 The Girl From 'The Ring' Emerges From a TV to Prank Shoppers Who React Accordingly
Next Up: Editor's Pick