By any measure, millions of people participated in the women’s marches that took place across the country and around the world on Saturday in opposition to President Donald Trump. Exactly how many millions is difficult to pin down since large crowds are notoriously tough to count, but a pair of researchers place the figure at at least 3.2 million just in the U.S., based on hundreds of news reports and Facebook data.

Of those 605 cities, Pressman and Chenoweth estimate that at least 1,000 people showed up in 209. The following visualization shows how large the protests are estimated to be in each of those cities, while the total counts include remaining smaller protests as well.

To put the total figure in perspective: If 4.8 million protestors had held hands in a line, they could have spanned the 2,000 miles from Washington, D.C. to Salt Lake City, Utah — based on an estimate of about 2.6 feet per person. 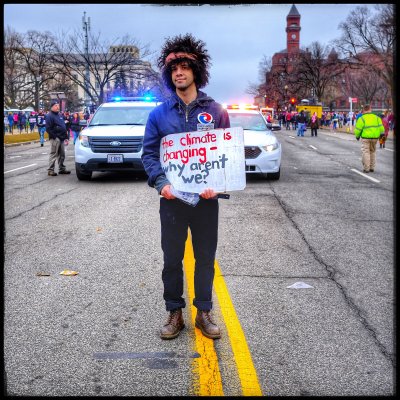 Meet the Men Who Joined the Women's March on Washington
Next Up: Editor's Pick