M. Night Shyamalan’s new movie, Split, is about a man with multiple personalities competing for control of his mind and body. James McAvoy plays Kevin, who developed 23 personalities in the aftermath of childhood trauma. The most nefarious of these kidnap three young women and lock them in a dreary basement. As the women struggle to find a way out, Kevin’s many personae devolve into a violent struggle for control.

Shyamalan, 46, has long been fascinated by dissociative identity disorder (DID), the controversial diagnosis once known as multiple-personality disorder. He dreamed up Split‘s main character 15 years ago; as with most of his films, he wrote the original screenplay himself. Shyamalan is interested not just in the ways in which the condition hints at untapped human potential–he cites DID patients who have been said to flawlessly play Beethoven after merely hearing a piece of music–but also in the fact that we regard that kind of behavior as disordered at all. “They can do things we can’t, but we call that a disorder?” he asks. “The therapy is to make them one consciousness again. But that’s about conforming. Is it just our bias, our lens that we look through?”

Shyamalan’s interest in film developed when he was a kid in suburban Philadelphia, the son of an obstetrician and a cardiologist. Born in Puducherry, India, he arrived in the U.S. as an infant and grew up as the only Hindu kid attending a Catholic school. When he discovered Steven Spielberg and got his hands on a Super 8 camera around the age of 8, a future auteur was born. By the end of high school, he’d made dozens of amateur movies.

Shyamalan became a household name with his third movie, The Sixth Sense, released in 1999 on his 29th birthday. The thriller not only introduced one of the most memorable lines in movie history–“I see dead people”–but it also made $673 million worldwide. Shyamalan was nominated for Academy Awards for Best Screenplay and Best Director. Though he didn’t win, he became the first Indian American to be nominated in either category.

That success turned Shyamalan into a brand–one with high expectations he couldn’t always meet. Many of his midcareer films, such as Lady in the Water (2006) and The Last Airbender (2010), were panned by critics or fared poorly at the box office. “It’s seductive to wallow in–‘You’re a genius! You’re an idiot! You’re a genius! You’re an idiot!'” he says. “But did I honor the characters? Did I get the right actors? That’s the process I have control over.”

Shyamalan, one of the most prominent Indian Americans in the industry, has at times disappointed fans with a lack of diversity in his films. He says he sees progress as inevitable but adds that he resists diversity for diversity’s sake: “Hollywood has become more diverse to the point where it’s an agenda, and that’s an awkward stage.”

A Shyamalan film in 2017 feels markedly different, starting with its budget. Both Split and 2015’s The Visit were made on a shoestring–$5 million apiece, less than 5% of the cost of his 2013 sci-fi adventure, After Earth. His newer films also reflect a retreat from the twist endings and Hitchcockian cameos once expected of him, supplanted by a back-to-basics emphasis on character and story. “Drama is the most important part for me,” says the director. “I don’t know if anyone will ever acknowledge the drama in my movies because the flash is what everyone remembers.”

Hinging Split on McAvoy’s performance–at turns warm and sympathetic, at turns chillingly detached–seems to have worked. So far, critics have reviewed the movie more positively than any other of Shyamalan’s films in the past decade. However that impacts his legacy with fans, the director says he won’t feel trapped. “To be known for something that came organically from you is not a prison,” he says. “It’s a house that you created.” 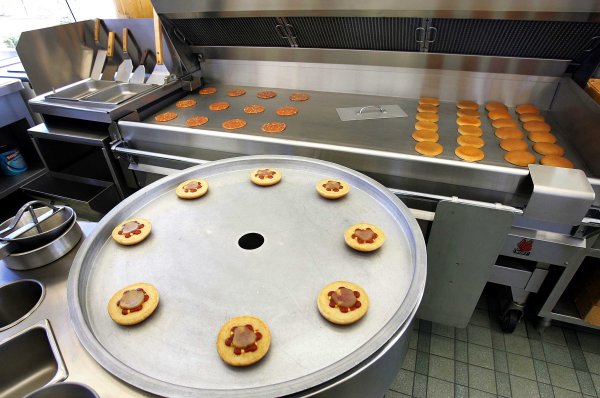 The Founder Finds Drama Under the Golden Arches
Next Up: Editor's Pick