Rescue workers look for survivors at the site of the derailment of the Jagdalpur-Bhubaneswar express train near Kuneru station in southern Andhra Pradesh state on Jan. 22, 2017.
Stringer—AFP/Getty Images
By Joseph Hincks

The death toll from a rail disaster in southern India’s Andhra Pradesh state on Saturday has risen to 41 people, with rescuers pulling survivors from the wreckage throughout Sunday.

Officials on Monday had reached the site of the crash and were investigating why eight coaches and the engine of the Jagdalpur-Bhubaneswar express derailed, injuring 68 people, NDTV reports. There were 600 passengers on board.

According to Agence France-Presse, one possible line of inquiry is whether Maoist rebels, who are active in the area, tampered with the tracks. “It is being looked into, it is one of the many angles we are looking into,” national railway spokesperson Anil Kumar Saxena said. “There is some suspicion (of sabotage) because two other trains had crossed over smoothly using the same tracks earlier in the night.”

However, police in neighboring Odisha state, the train’s destination, reportedly moved to quash the suggestion. The Press Trust of India quoted an unidentified senior intelligence officer as saying, “We totally reject any possibility of Maoist involvement in the derailment.”

“Kuneru is not a Naxal-hit area,” the officer reportedly added, using a local term for communist guerrillas.

Saturday’s crash is the latest in a succession of deadly derailments along India’s sprawling rail network. A similar disaster in the northern state of Uttar Pradesh killed 146 people in November. 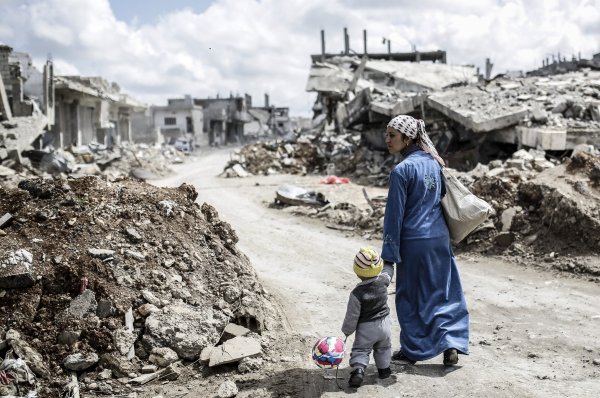 Syria Peace Talks Underway in Kazakhstan — Without the U.S.
Next Up: Editor's Pick