M. Night Shyamalan is in the midst of a massive big-screen resurgence.

Following the unexpected success of his 2015 thriller The Visit, Shyamalan, once touted as the next Steven Spielberg, has again bounced back from a downward trajectory — which saw poor critical reviews and diminishing box office returns for films like Lady in the Water, The Happening, and After Earth — as his James McAvoy thriller Split gives the writer-director one of the best opening weekends among his 19-year filmography.

At 3,038 theaters, Split premieres to a solid B+ grade on CinemaScore and an astounding $40.2 million in ticket sales — more than the debut grosses of The Sixth Sense ($26.7 million) and Unbreakable ($30.3 million). The film opened Friday in 20 international markets, which stacked an additional $5.8 million on top of the film’s North American earnings for a global tally of $46 million with a further 44 territories on deck in the coming months.

While it missed the top spot in the U.S., Return of Xander Cage is the No. 1 film at the worldwide box office after earning $50.5 million overseas. The flick climbed to the top of 32 international charts, including Russia, France, Germany, and Mexico. It opens in Korea, China, and Japan in the weeks ahead.

Fox’s Hidden Figures continues riding the word-of-mouth wave, finishing its third weekend in wide release at No. 3 with an estimated $16.3 million. The ensemble drama, about three black NASA mathematicians who made substantial contributions to the U.S. space program amid the era of racial segregation, has earned a glowing $84.2 million thus far and is pacing to easily clear the $100 million mark by the end of its theatrical run.

Rounding out the top five are Illumination and Universal’s animated family musical Sing — spending its fifth straight week in the top four — and the current best picture frontrunner La La Land, which adds an estimated $8.4 million to its ballooning total two days before it’s set to earn double-digit Oscar nominations.

Also debuting inside the top 10 this weekend is the Ray Kroc biopic The Founder, starring Michael Keaton as the infamous businessman behind the rapid expansion of the McDonald’s empire. After an Oscar-qualifying limited bow in December, the Weinstein Co. pushed the film to 1,115 theaters Friday, from which it was expected to post a modest number in the $2-3 million range. Early forecasts peg the film for a healthy take in the $3.8 million range, a number the distributor says it’s pleased with.

“We feel very strong with the gross and we can see the word of mouth and have hopes that with [an Oscar] nomination for Michael on Tuesday, it will further the audience for the movie,” David Glasser, TWC’s COO and President, said in a statement provided to EW.

Outside the top 10, niche crowds drove The Resurrection of Gavin Stone to an estimated $1.4 million haul at 887 locations (chosen for their track record of hosting a steady stream of faith-based audiences), well below the $3 million expectation initially projected by distributor BH Tilt, a BlumHouse releasing label which exclusively markets genre films to target audiences.

Elsewhere, Studio Ghibli’s festival favorite The Red Turtle, which debuted at Cannes last May, bags a so-so $21,811 from three theaters, averaging $7,270 — the second-highest average of the week’s new releases.

According to comScore, which tracks weekly studio grosses, year to date box office is down roughly four percent from the same frame in 2016. Check out the Jan. 20-22 weekend estimates below. 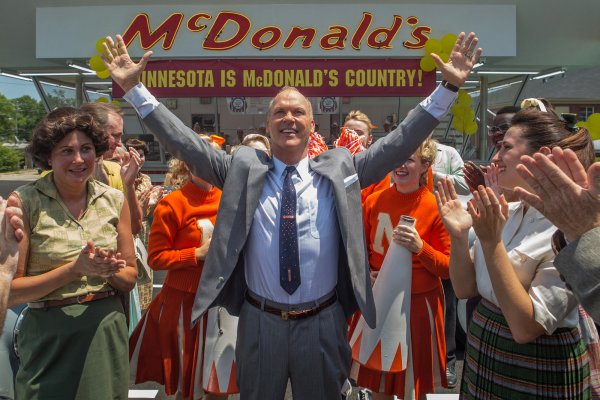 Review: The Founder Finds Drama Under the Golden Arches
Next Up: Editor's Pick