Madonna delivered a fiery message to those who have suggested that Saturday’s Women’s March on Washington would be a fruitless exercise during her remarks on Saturday.

“To our detractors that insist that this march will never add up to anything, f— you,” Madonna said.

The singer said the expletive three times during her speech at the march, saying it took “this horrific moment of darkness to wake the f–k up.” The “Vogue” singer said marginalized communities would be under threat during the Trump administration, which is why hundreds of thousands of women took to the streets in protest.

“Yes I am outraged,” she said. “Yes I have thought an awful lot about blowing up the White House, but I know that this won’t change anything. We cannot fall into despair”

Madonna was one of dozens of celebrities who made appearances at the Women’s March on Washington on Saturday, singing “Express Yourself” and “Human Nature”— she dedicated the latter to President Donald Trump. The star power on hand at the march was particularly striking given the lack of celebrities during Trump’s inaugural festivities. The reality star president, however, said he wanted the weekend events to be about the “people.” 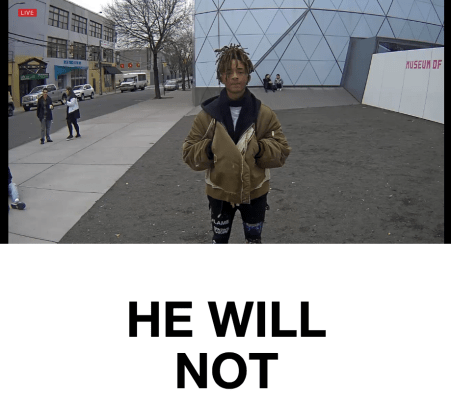