See the Women's Marches Taking Place Around the World in Solidarity With Washington, D.C.

As hundreds of thousands of people march in Washington, D.C., voicing opposition to Donald Trump’s presidency and raising awareness of women’s rights, more than 600 “sister marches” are taking place around the world in solidarity.

Sydney was one of the first cities to join in with the global protest, with around 5,000 women, men and children taking to the streets the day after President Trump’s inauguration. Demonstrators waved placards reading slogans that included “hands off my bloody pussy” and “equal pay for equal work”.

In New Zealand, local media reported that thousands marched in the cities of Wellington and Aukland, where the turnout was far higher than expected.

There were marches across Europe, in cities including Berlin, Paris, Rome, Vienna, Geneva and Amsterdam. Around 2,000 marched in Vienna, Austria, but the crowds quickly thinned due to subzero temperatures, Reuters reports.

London experienced one of the biggest global crowds — with an estimated 100,000 participators walking in solidarity through the city’s center to Trafalgar Square. Sadiq Khan, the mayor of London, released a statement in support of the protest.

“As a feminist in City Hall I fully support the fight for gender equality,” he said in a statement. “It’s wrong that in 2017 someone’s life chances and fundamental rights are still dependent on their gender … As I march today I am more determined than ever to do everything I can to ensure that all girls growing up in London have the same opportunities in life as men.”

Marches also took place across Asia, Africa, South America and even Antarctica, which expanded the movement across seven continents. 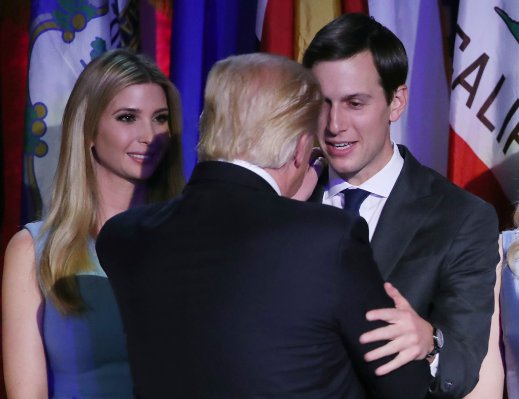 Trump Gets OK to Hire Son-in-Law
Next Up: Editor's Pick