President Donald Trump in the Oval Office of the White House in Washington, D.C. on January 23, 2017.
Pool/Getty Images
By Olivier Laurent

Donald Trump will have an official White House photographer after all.

For weeks, it remained unclear whether Trump would appoint a personal photographer, a role that has been viewed as crucial for the preservation of history.

It won’t be Craighead’s first stint in the White House though. In the past she has worked as Vice President Dick Cheney’s photo editor and the First Lady Laura Bush’s personal photographer.

In 2008, she was the campaign photographer for Sarah Palin, who, she writes on her website, was “the first of many aspiring candidates to seek out her keen eye and un-intrusive presence.” She has worked for Florida governor Rick Scott and Texas Senator Kay Bailey Hutchinson among others.

Her photos, she says, capture “the immediacy and impact of the political machinations of our nation’s Capitol.” 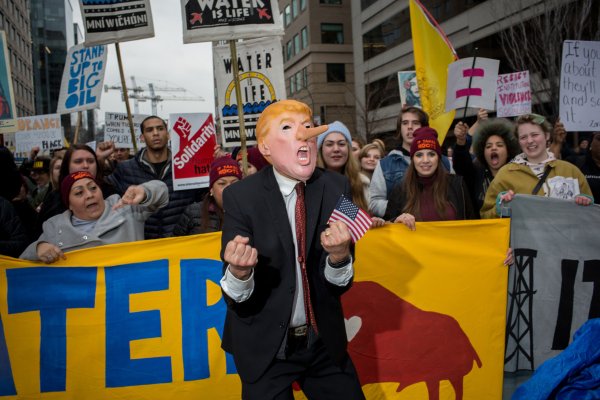