The key to success for Donald Trump is solving the knotty problem of sluggish growth and stagnant wages in America over the past 15 years. Median household income has flatlined since 2000, and GDP growth has averaged an anemic 2% when we could and should be growing twice that fast. Our GDP is $3 trillion lower today because of our growth deficit: the combined economic output of Michigan, Ohio and Pennsylvania.

Trump has not talked in platitudes; he has given a specific vision for how to jump-start the economy, and if he does, the economy will resuscitate rapidly.

First, he believes that cutting the corporate tax rate is of utmost importance. He wants to cut the current rate from 38.9% (the third highest in the world, behind the United Arab Emirates and Puerto Rico) to 15%. This would inspire companies to stay in America and companies to move back home after relocating overseas. The Tax Foundation says this could increase long-run U.S. GDP by as much as 4.1%.

But as Trump has told me personally, we cannot stop at lowering the rates on large corporations like Microsoft and GE; we must also lower the rates for the 28 million small businesses in America. Small-business owners who re-invest profits in their companies would be taxed at only 15%. Workers would also benefit from a vast simplification and reduction in their individual income taxes, with average family savings of more than $1,000.

A major boost for our economy would be a pro-growth energy policy, utilizing our abundant supply of oil, natural gas and coal. America has the potential to lead the world in energy production and, in the process, to create millions of jobs and trillions of dollars in -output—-generating considerable tax revenue. Roughly 2.7 million jobs could be added to the U.S. economy over the next 30 years through the opening of federal lands to drilling for oil and mining for our 500 years’ worth of coal.

Stacks of job-killing Executive Orders and regulations from the Obama era need to be repealed or rolled back. At the top of the stack is the Clean Power Plan, which has put tens of thousands of American coal miners out of work. In addition, federal regulations have forced manufacturing companies to pay more than $19,000 per employee in order to remain in compliance with the rules, according to the National Association of Manufacturers. Imagine the growth that will ensue when business owners are released from these shackles.

Replacing Obamacare with a less costly and more choice-oriented alternative will also boost the economy. This year, Obama-care premiums are rising 20% or more, which strains family finances. As many as 1 in 3 counties today has only one option for a health insurance plan — meaning no competition at all. Regulations like the 50-worker rule, requiring businesses with 50 or more employees to provide health care coverage to all workers, have helped to cap employment at many firms at 49 or fewer employees.

Millennials have been hurt the most, paying on average $1,400 more per year for a bottom-of-the-barrel plan and ensuring they never move out of Mom and Dad’s basement. Trump intends to install market-based solutions to health care that increase competition — like allowing people to buy health insurance across state lines. This will give Americans more options and drive down prices. Competition works in every other industry. Why not health care? 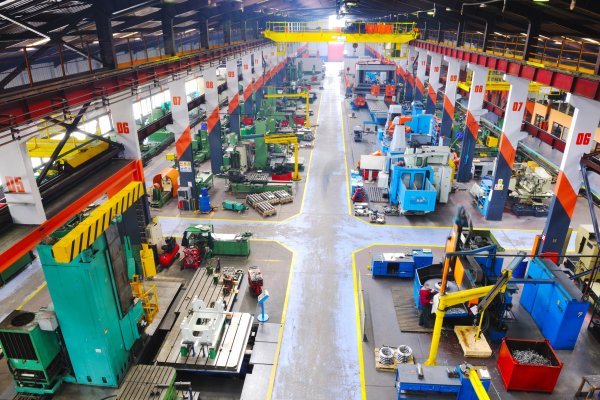 These Are the Most Productive Countries in the World
Next Up: Editor's Pick