How Slack Wants to Keep You From Getting Overwhelmed by Slack

Now, the San Francisco-based Slack believes the next big improvement in office communication will be software that helps workers stay on top of important messages. “It’s actually quite time consuming sometimes to keep up with Slack,” says Noah Weiss, who heads Slack’s Search, Learning, and Intelligence department.

Broadly speaking, Weiss and his team are working on making their software better at surfacing important conversations and information, similar to the way Netflix surfaces movie recommendations based on users’ viewing habits. On a practical level, Slack hopes to cut down the amount of time it takes to catch up on a day’s worth of Slack messages from more than an hour to 10 minutes, Weiss says.

Some of the results of these efforts are already live in Slack. For example: the company recently introduced a new threaded messaging feature that makes it possible for participants in a channel to have individual conversations that can be shared with other members of the group. When such a sidebar thread concludes, participants can choose to post it in the channel for all members to see. The threaded replies feature is an attempt to reduce clutter in group chats, especially those with dozens of members. Slack also proactively suggests channels for its members based on the groups to which they currently belong.

The secret sauce behind some of these new features is Slack’s “work graph,” which helps the app learn more about its users by looking at their typical chat recipients, the channels they’re in and the topics they discuss. “[It’s] the foundational piece we’re now using to add a layer of personalization throughout the Slack process,” says Weiss. This technology already lives in the app’s search function. If a user were to type in a keyword, such as “Q4 goals,” he or she would only see messages from the people with whom they most frequently interact. Ultimately, Slack wants its service to feel like a personal chief of staff for the workplace that helps employees quickly figure out what to pay attention to and what to leave on the back burner.

To Weiss, the mounting competition is evidence his company is on to something big. “There’s a huge amount of validation that’s happening there,” he says. Still, even as new workplace communication platforms like Slack continue to grow, Weiss doesn’t necessarily believe old-school forms of messaging (read: email) will disappear. “The founders of Slack didn’t set out and say, ‘I’m going to kill email,'” he says. “Their hope is in some way, email becomes lower and lower on your priority list of things to check.” 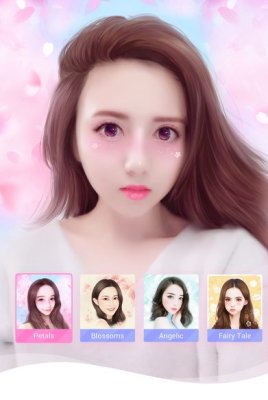 Meet Meitu, the Selfie App That's Been Everywhere Lately
Next Up: Editor's Pick