After eight years at the White House, former President Barack Obama left Washington aboard Executive One (the code name used for Marine One when the President is not on board). As the helicopter made its way to Joint Base Andrews, it flew over the White House one last time.

Pete Souza, Obama’s photographer for eight years, was on board, capturing the country’s 44th President’s farewell to the White House. He shared the photographs on his new Instagram account (@petesouza) after the National Archives and Records Administration archived the account he maintained while Obama was in office.

Souza did not return TIME’s request for comment at the time of writing.

During his time at the White House, Souza took more than 2 million photographs, creating an unprecedented visual archives of a presidency.

His photographs show a president “who pivots nimbly from his responsibilities as Commander-in-Chief to the normalcy of daily life with his family,” wrote TIME’s Alice Gabriner, who interviewed Souza in the days leading to Trump’s inauguration. 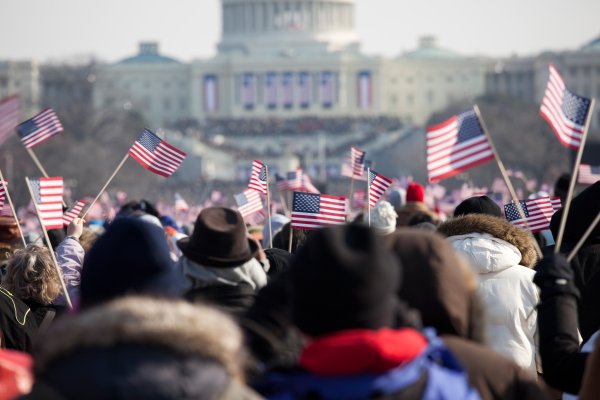 Donald Trump Used a Photo From Obama's Inauguration on Twitter
Next Up: Editor's Pick