A side-by-side comparison of the crowds at former President Barack Obama and President Donald Trump‘s respective inaugurations reveals that Trump’s crowd isn’t as large as he boasted it would be.

Two aerial photographs of the National Mall from the two historic days reveal large patches of white ground exposed during Trump’s ceremony, spaces crowds had filled during Obama’s 2009 inauguration. The pictures were taken around the same time during the day, Trump’s at 11:04 a.m. and Obama’s at 11:30 a.m.

Federal and local agencies estimated 700,000 to 900,000 people would be in Washington, D.C. for Trump’s inauguration on Friday, roughly half the number of people who attended Obama’s first presidential inauguration. Obama’s second inauguration also drew more people, approximately 1 million. However, the media will not know exactly how many people attended Trump’s inauguration until a final count is released in a few weeks.

Still, the pictures stand in stark contrast to Trump’s assurances to the New York Times that his inauguration would draw an “unbelievable, perhaps record-setting turnout.” The images quickly went viral on social media with “The Mall” trending on Twitter. 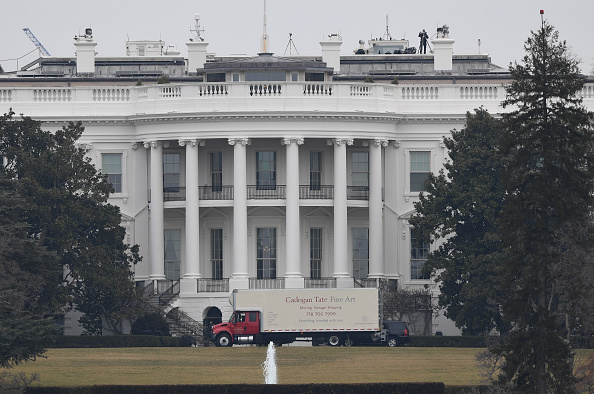 Decorators Are Already at Work in the White House
Next Up: Editor's Pick