Review: The Founder Finds Drama Under the Golden Arches

The Weinstein Company
By Stephanie Zacharek

The world was supposedly a very different place in 1954, when humble milk-shake-mixer salesman Ray Kroc—played by Michael Keaton in The Founder—first strode up to the window of a new kind of drive-in joint in San Bernardino, Calif. That restaurant, the first McDonald’s, had been founded by brothers Dick and Mac Mc­Donald (Nick Offerman and John Carroll Lynch), who’d figured out an ingenious system to grill, assemble and serve a delicious 15￠ hamburger in just 30 seconds. Kroc saw gold in the setup.

If you’re charitable, you could say that Kroc just took a good idea and built on it. But The Founder, directed by John Lee Hancock (The Blind Side, The Rookie), is more insightful, and more damning, than that: it makes the case that Kroc, after striking a business deal with the McDonald brothers, craftily stole first their ideas and then their business, ultimately becoming one of the most successful and renowned businessmen in history.

That’s the dark side of American ingenuity, and neither Hancock nor Keaton flinches from it. The Founder coasts breezily on a kind of seductive, sinister energy: What will Ray do next, as he transforms himself from weary road warrior to exuberant world beater? We watch in mild, unsurprised horror as he exchanges his straightforward, loyal first wife Ethel (Laura Dern) for blond dazzler Joan (played with shrewd, kitty-cat charm by Linda Cardellini) and boosts profits by removing milk from his restaurants’ milk shakes altogether, among other innovations. The Founder is so entertaining, it scans like a tongue-in-cheek satire. But processing it is a little like taking a watch apart—suddenly, you get a sense of how complicated the world’s inner workings are, even today. It’s all there in Keaton’s watchful, calculating eyes. The world has changed a lot in 60 years. But the art of the deal hasn’t. 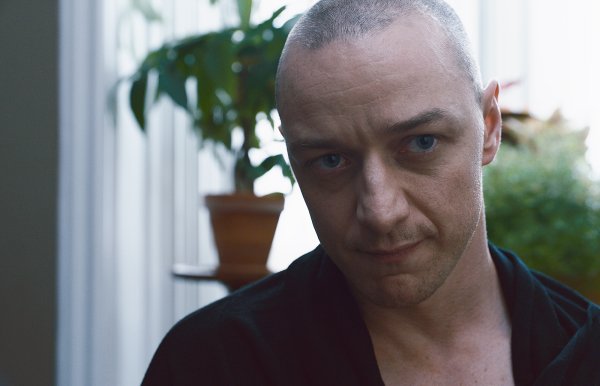 How James McAvoy and Split Mark a New Chapter for M. Night Shyamalan
Next Up: Editor's Pick